Who are the modern day pirates? We look at some modern day football hijackers who have come swooped at the last moment.

The most recent hijacked transfer of them all. Spurs were intent of spending bucket loads of money this summer safe in the knowledge that Gareth Bale was destined for pastures new in Spain.

One of those targets was Willian, a player who was heavily linked back in the January transfer window and with Anzhi looking to offload, seemed destined for White Hart Lane. After undergoing a medical and agreeing personal terms, so too did AVB before Jose Mourinho came in and took the player from under the noses of their London rivals.

Spurs also know what it is like to be on the other end of such dealings too. In 2010 Icelandic striker Eidur Gudjohnsen was having a tough time of it with Monaco and decided to return to the Premier League where his stock was still high following six seasons at Chelsea.

He looked set for a season loan with West Ham when Daniel Levy and Harry Redknapp decided to meet the player at the airport and convince him that White Hart Lane was a better bet. He didn’t play much and it put the Hammers’ noses out of joint.

When Brazilian star Robinho arrived in the Premier League in 2008, it was widely expected that he would join Chelsea after the Blues were chasing the forward for quite some time. In fact the player himself said as much during his first press conference when he was unveiled as a Manchester City player. 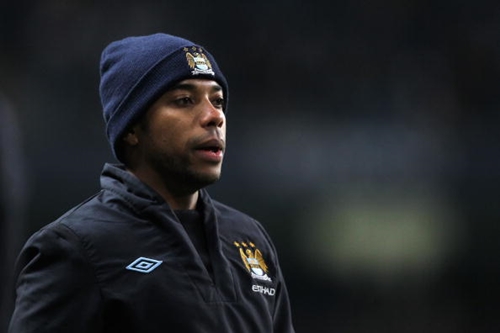 “On the last day, Chelsea made a great proposal and I accepted,” he said, before he was quickly corrected. In fact Robinho was signed in such haste that he didn’t even undergo a medical prior to his unveiling and personal terms weren’t even confirmed.

Not that he was City’s best investment mind.

What would have happened Roy Keane’s career had he signed for Blackburn Rovers in 1993 rather than Man Utd? Well obviously we will never know, but we think he can look back and take comfort that he made the right decision.

One man who wasn’t happy was Kenny Dalglish – Keane’s autobiography makes that point in no uncertain terms – as Alex Ferguson got one up on his rival as United broke the British transfer record and Keane was to become one of the most influential players to ever grace Old Trafford.

popular
Amazon Prime Video has just added 38 very big movies to its library
Mia Khalifa claims seaside town is better than Miami
The 50 most iconic songs of all time* have been revealed
We just got the first trailer for a movie not out until 2024
The start of the superhero takeover of Hollywood is among the movies on TV tonight
21 jokes that are so bad they're actually brilliant (but still quite bad)
The Banshees Of Inisherin is arriving on Disney+ sooner than you might expect
You may also like
1 week ago
Roy Keane makes quip about Declan Rice and Jack Grealish after England lose player to Germany
2 weeks ago
'Soccer's Nelson Mandela' - Joe Brolly questions Roy Keane after World Cup comments
2 weeks ago
Graeme Souness goes out of his way to remind British viewers of Irish treatment live on ITV
1 year ago
Roy Keane has finally talked about his Instagram account and it's classic Keane
1 year ago
Roy Keane reacts to the dancing Keano FIFA TikTok meme
2 years ago
WATCH: Lad who wrote letter to Jürgen Klopp meets Roy Keane on The Late Late Show
Next Page