We here in JOE are going to try help you turn a tenner into a grand. How hard can it be?

After the international break, the Premier League roars back into action this weekend and we are casting our beady eye on the betting market to see which bets are going to help us breach the magical 1k mark!

The big match of the weekend is the meeting of Arsenal and Manchester City in the early kick-off on Saturday at the Emirates. Both sides have made decent starts to the season even if there have been a hiccup or two recently. They are both contenders for the title and although Arsenal comprehensively beat them in the Community Shield a little over a month ago, their work will be cut out to repeat that. We are leaning heavily towards the draw here and at 5/2 it represents our first bet in our 'It'll Be Grand' challenge. 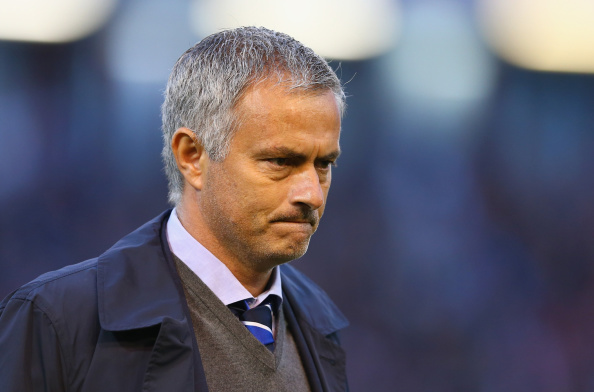 Chelsea host Swansea in a game between the only two teams with 100% records. With only goal difference separating them, both teams come into the game high on confidence. Having said that, Jose Mourinho's (pic above) home record with Chelsea is astonishingly good and we can see nothing other than a home win, but we do see Swansea making it difficult for them. We are going for the half-time/full-time bet with it level at half-time and Chelsea to win at 14/5. This will return us a total of 133 euro.

Liverpool face Aston Villa and both sides have made a decent start to the season. We think there will be goals in this one. We're lodging the money on to the Over 4.5 goals which is priced at 27/10. This will bring our winnings up to €492.10.

The last bet we'd like to have a crack at features the game between Manchester United and QPR. United have had a horrible start but there is a sense of optimism following some world class transfers into the club. They have signed a world-class player in Angel Di Maria and we are going to trust him to score at any time at 6/4. Putting the €492.10 would bring us up to €1230.25.

popular
Gardaí unveil new Armed Support Unit vehicles to replace older models
Netflix has just added 33 very big movies to its library
Fish and chips could be removed from Irish menus over rising fuel costs
The full list of cancelled flights in and out of Dublin Airport on Monday (so far)
NOW announces large reduction to its monthly membership prices
Increase in passenger charges at Dublin Airport may be on the way
QUIZ: It's time for one of our trickiest General Knowledge Quizzes yet
You may also like
1 month ago
BBC trainee accidentally posts message mocking Man United live on TV
1 year ago
COMPETITION: WIN a copy of Eric Cantona's new Manchester United documentary, The United Way, on DVD
1 year ago
Manchester United documentary written by Eric Cantona available to watch at home in Ireland this May
1 year ago
Marcus Rashford launches book club to help kids experience 'escapism' of reading
1 year ago
Paul Pogba releases powerful statement in response to 'fake news' from The Sun
1 year ago
The JOE Pub Quiz: Week 214
Next Page