Javier Zanetti is retiring, so have a look at his remarkable career in Panini stickers

A 21-year career, the final 19 of which were with Inter Milan, will come to an end for Javier Zanetti at the end of the season. He's barely changed since joining the Italian giants.

Just days after one legend, Alessandro Del Piero, announced he was done with football, another great of Italian football has announced he too is to quit. Javier Zanetti, a regular in all our football lives for nigh on two decades has said today that he will quit the game at the end of the season.

The 40-year-old defender has been with Inter Milan since 1995, and he notched up 145 caps for his country Argentina too. The plan is for Zanetti to become a director at Inter, and after winning virtually every honour in the game in his time with the club, it is fitting that he stays with them.

As well as being known as a superb defender, Zanetti was also famous for looking and playing exactly the same way during his entire career. He simply never seemed to age and this collection of stickers from each of his seasons at Inter confirms that. 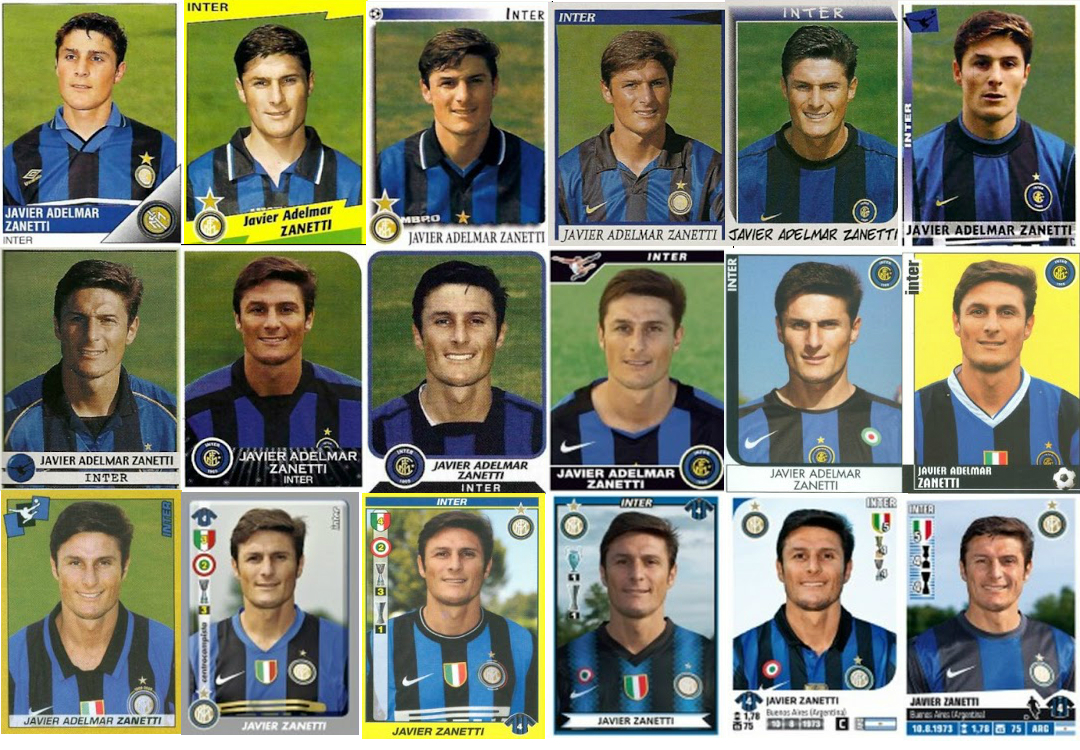 The Big Reviewski || JOE · TBR Spotlight: Loki - Episode Two - 'The Variant'
popular
Public warned about another sophisticated phone scam doing the rounds
Garda union hits out at "absolute confusion" over outdoor drinking and dining
QUIZ: Name all the counties of Ireland that contain 3 vowels or more
The Queen appealing for volunteers to weed the garden of her Sandringham Estate
There's a new phone scam doing the rounds - do NOT answer to or call back this number
QUIZ: Can you name all these European countries from a list of cities?
QUIZ: Can you get full marks in this potentially very frustrating general knowledge quiz?
You may also like
2 years ago
New Year, New Job - tips on how to improve your CV
2 years ago
New Year, new job? Here are five industries you could check out
2 years ago
Gourmet Food Parlour to create 100 jobs with two new restaurants in Dublin and Galway
2 years ago
US tech firm Qualtrics announces 350 jobs for Dublin
2 years ago
48% of Irish workers would prefer to start work before 9am and finish before 5pm, survey reveals
3 years ago
Nearly 40% of Irish workers don’t take their full annual leave, survey reveals
Next Page