Like him or loath him, you can't deny the impact that Patrice Evra had at Manchester United during his time at Old Trafford. The left-back has just brought an end to his illustrious eight-year spell in England, having joined Juventus and becoming the last member of the United back five that won the the Champions League in 2008 to leave the club.

Evra, who joined from Monaco for £5.5m in January 2006, endured a difficult start to life at Old Trafford but has since gone on to become a major success. The defender has scored 10 goals in 379 games, served as vice-captain and won five Premier League titles and the Champions League.

JOE has decided to take a look at 10 of his most memorable moments at United.

According to football journalist Oliver Kay of The Times, Evra was overjoyed to have signed for United, as is illustrated by this anecdote. "On his first day as a Manchester United player, Patrice Evra asked Gary Neville for directions to the nearest church.

"His captain was racking his brain, trying to recall whether he had seen one near the club’s training ground in Carrington, when the new signing smiled and said that he simply needed somewhere where he could 'thank God for letting me join the biggest club in the world'." 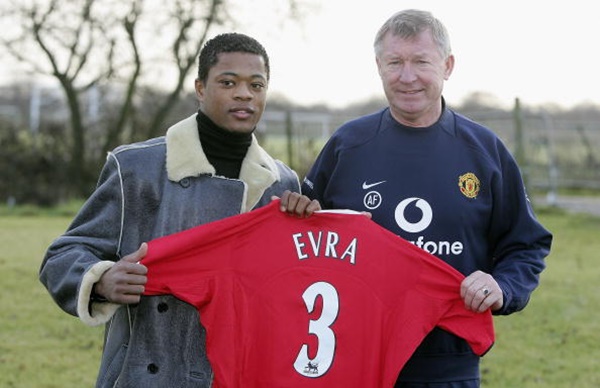 It wasn't easy for Evra to establish himself in the team, especially since he had Mikaël Silvestre and fan favourite Gabriel Heinze ahead of him, and his chances weren't helped by a disastrous debut.

The left-back was subbed at half-time against a Man City team containing Sun Jihai, Trevor Sinclair and Darius Vassell. United were comprehensively beaten 3-1 and the defender later admitted that "playing for Manchester United was something I was not prepared for". 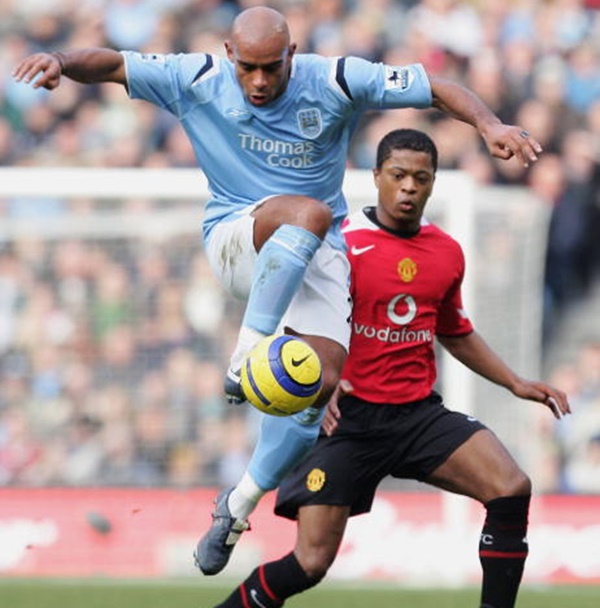 3) This goal against Roma

It took the defender almost a year to fully acclimatise to the physical demands of the Premier League, but he scored his first goal for the club in November 2007 against Everton and never looked back.

The classy left-back was always better at setting up goals than putting them away. April 10, 2007 was a special day, however, as he scored the final goal in a famous 7–1 win over Roma in the quarter-finals of the 2007–08 Champions League.

United were knocked out by eventual winners AC Milan in the next round but Evra wouldn't have to wait long to lift Europe's biggest club prize.

In 2008, Evra was arguably the best left-back in the world. He made 48 appearances in all competitions and was an integral part of a water-tight Manchester United back five that went on to win the double.

In the Champions League, he made ten appearances and played the entire 120 minutes in the final against Chelsea. That famous night in Moscow is undoubtedly the highlight of his career at Old Trafford. 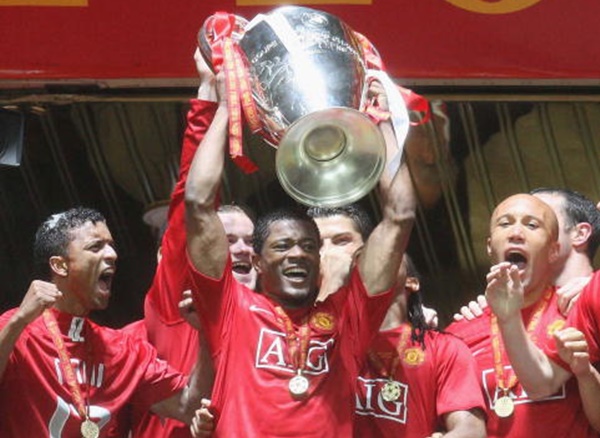 5) His curious friendship with Ji-Sung Park and Carlos Tevez

At the time when all of the above were at the club,  Tevez or Park didn't speak English but that didn't stop the trio from becoming best mates. The United changing must have been an odd place because, for a brief moment in time, a Frenchman, an Argentinian and a Korean were communicating through Spanish. Seems normal.

JOE always felt that Evra is the type of player that was loved by his own fans but loathed by the rest.

The defender does have a history of controversy and it all started in April 2008 when he clashed with a Chelsea groundsman during a post match warm-down.

Evra was found guilty of improper conduct, handed a four-match ban and fined £15,000.

7) This prank on Sir Alex Ferguson

8) These comments about Arsenal

We imagine that Man United fans loved the defender even more after reading these remarks, Arsenal fans not so much. Regarding the Gunners, Evra said: “In my opinion, Arsenal is just an Academy. I watch their games, they’re a pleasure to watch, but will they win a title? That’s what people remember. In 10 years, nobody will remember of them.

"Arsenal is a great club but they didn’t win a trophy for five years; it’s a crisis in my opinion. People always think about the ‘Arsenal way of playing’, but at the end, there’s nothing. We can lose 13-0 against them, but at the end what happens? Nothing. No trophy, no nothing.”

We all have our opinion on that incident but the bottom line is, as proven by an independent commission, that Luis Suarez (regardless of the context or his cultural knowledge) was found guilty of using a racial term. You can make your own mind up regarding 'that' handshake.

10) A goalscoring end to his career

In the 2012-13 season, Evra built a reputation as a goalscoring defender having scored three headed goals from corners in the space of 13 games, against Newcastle United, Arsenal and Swansea City.

Despite a poor season for the club under David Moyes, this goal against Bayern Munich is not a bad last memory for United fans to have of the talented defender.

popular
Amazon Prime Video has just added 38 very big movies to its library
Mia Khalifa claims seaside town is better than Miami
The 50 most iconic songs of all time* have been revealed
5 must-watch shows and movies streaming on NOW in December
Ashton Kutcher opens up about rare disease that left him unable to see or walk
21 jokes that are so bad they're actually brilliant (but still quite bad)
We just got the first trailer for a movie not out until 2024
You may also like
6 months ago
BBC trainee accidentally posts message mocking Man United live on TV
1 year ago
COMPETITION: WIN a copy of Eric Cantona's new Manchester United documentary, The United Way, on DVD
1 year ago
Manchester United documentary written by Eric Cantona available to watch at home in Ireland this May
2 years ago
Marcus Rashford launches book club to help kids experience 'escapism' of reading
2 years ago
Paul Pogba releases powerful statement in response to 'fake news' from The Sun
2 years ago
The JOE Pub Quiz: Week 214
Next Page