It's JOE's fourth birthday this week (you can tweet us at #JOEBirthday if you like) and to mark the occasion we have decided to take a look at some, ahem, fellow icons that are also turning a year older in the next few days. Today we take a look at one of the greatest football players, for club and country, in the last two decades... Zinedine Zidane.

The man is a legend of the game. He has won league titles in Italy and Spain, the Champions League, a Ballon D'or, the European Championships and a host of other domestic and personal accolades. Arguably, Zidane's crowning achievement will always be his starring role in France's World Cup win on home soil. 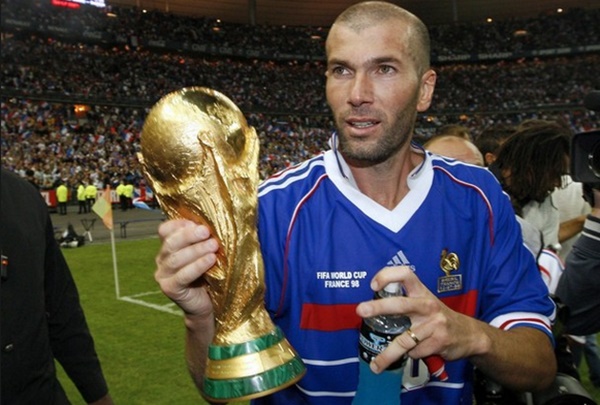 It was at Bordeaux where Zidane first caught the admiring glances of Europe's top sides. The play-maker was the driving force as Les Girondins won the 1995 Intertoto Cup but this talented team also contained his future French team-mates, Christophe Dugarry and Bixente Lizarazu. Take a look them playing against Bohemians at Dalymount.

Clip via - So Bordeaux

Apparently, Kenny Dalglish expressed an interest in signing Zidane for Blackburn but the chairman Jack Walker said: "Why do you want to sign Zidane when we have Tim Sherwood?"

Jaysus! Juventus reaped the benefits of Zizou's immense talents as he helped them lift the 1996-97 Scudetto in his debut season and to reach the Champions  League final, where they lost to Borussia Dortmund.

The bianconeri retained their title the next year, however, they suffered more heartbreak in Europe, losing their third final in a row, this time to Real Madrid in Amsterdam. 1998 turned out to be a better year for the midfield maestro as he cemented his place as the best player in the world. 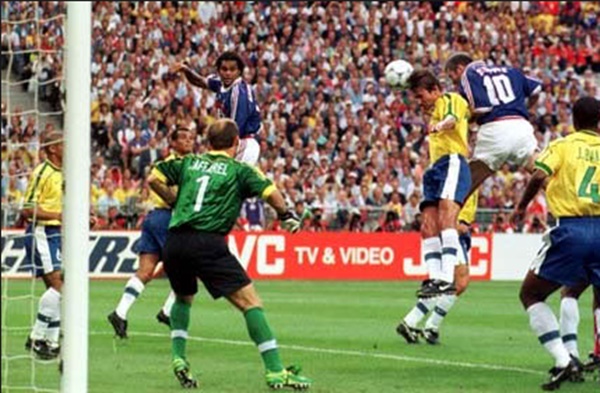 As hosts of the World Cup, there was immense pressure on France to succeed. It had been 12 years since Les Bleus were last involved in any World Cup but they made a good start, winning all of their group games.  In a precursor of what was to come later in his career, Zidane picked up a needless red card against Saudi Arabia which ruled him out of France's nervy last 16 win against Paraguay. He returned to help guide Les Bleus past Italy and Croatia as a show-piece final with holders Brazil loomed large.

Zizou hadn't scored in the tournament prior to the final but that was about to change. France beat Brazil 3-1 with Zidane scoring twice from headers. Zizou-mania swept France and he became a national hero with his face projected on the Arc de Triomphe.

Personal accolades soon followed as France's "Number 10" was voted FIFA World Player of the Year and the winner of the Ballon D'or. The all-conquering French team soon added the 2000 European Championship title to their CV while Zidane was named as player of that tournament.

The only trophy left to be won was the Champions League and he moved to Real Madrid in 2001, for a then world record fee of €75 million, in pursuit of his dream. Zidane repaid some of his fee with that famous volley against Bayer Leverkusen in the final which has since been voted as the competition's all time greatest goal. After two defeats with Juventus, Zidane had now won everything that there was to win in the domestic game.

The 2002-03 La Liga title proved to be his last club honour, however, and France's failings at World Cup '02 and Euro '04 had convinced Zizou to reverse his decision to retire from international football. The 2006 World Cup in Germany was to be his swansong and the contribution he made was memorable, for good and bad reasons. France limped out of the group stages but once again he proved to be France's talisman against Spain, scoring and creating another for Patrick Vieira. His performance against Brazil in the quarter-finals was majestic while his penalty against Portugal booked France's place in the final against Italy.

Prior to the final, Zidane had already been voted as the tournament's best player and his impudent sixth minute penalty gave France an early lead. Marco Materazzi equalised for the Azzuri but the Italian defender will always be remembered for something else in that final. After allegedly being provoked, Zidane ended his career in disgrace by head-butting the  defender in the chest during extra-time as France went on to lose the penalty shoot-out. 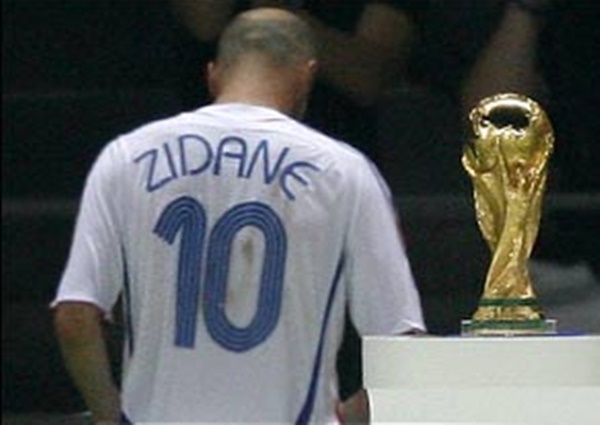 This sending off shouldn't detract from the career of  arguably the greatest footballer of all time. Since retiring, Zidane has regularly played in charity matches for various humanitarian causes while also working with the UN as a goodwill ambassador.

In November 2010, Zidane was appointed as a special adviser to Real Madrid's first team in response to an appeal made by then coach Jose Mourinho. Despite the Special One moving to Chelsea, Zizou has remained at the Bernabeu and was an instrumental part of Carlo Ancelotti's Decima-winning coaching staff. Quite frankly, there isn't a corner of the earth where the name Zinedine Zidane isn't known.

Do you agree? Feel free to wish JOE and Zidane a happy birthday by using the twitter handle #JOEBirthday

popular
Nigel Farage has been saying republican phrases again, but in reality, he's the one laughing
How to lower your cholesterol - 5 really handy tips
Largest aircraft in the world touches down at Shannon Airport
Skeletal remains of six people found under Cork pub
An underrated Denzel Washington thriller is among the movies on TV tonight
The 100 greatest TV shows of the 21st century have been revealed
Facebook looks set to change its name as part of rebrand
You may also like
2 years ago
QUIZ: How well do you remember Zinedine Zidane's playing career?
3 years ago
Mesut Özil hits out at "right-wing propaganda" in Germany following criticism for meeting Turkish President
3 years ago
Cristiano Ronaldo proves why he’s one of the greatest with late free-kick equaliser
3 years ago
Liverpool goalkeeper Loris Karius writes emotional apology to fans
3 years ago
Gary Neville has really twisted the knife into Liverpool's Champions League defeat
3 years ago
Gareth Bale's breathtaking volley somehow tops Karius' catastrophic clangers
Next Page