The All-Ireland winner speaks to us about winning the double with his club, telling Davy Fitz he was leaving the hurling panel and much more...

Cratloe GAA club is on top of the world at the moment as their hurlers and footballers achieved an incredible county championship double in recent weeks.

The footballers won the Clare senior final with a 2-12 to 0-11 win over Eire Og while the hurlers beat Crusheen by 0-14 to 0-6 in that decider, an incredible achievement. There's over 10 players lining out for both sides and one of the dual players with two medals in his pocket is Clare intercounty star Podge Collins.

Podge was at the launch of the AIB club championship in Croke Park this week and JOE caught up with him to chat about club, county and family.

Podge on... whether the double success has sunk in yet

It probably hasn't to be honest because it's been all go and then we had to get our attention straight away on the Munster Club Championship to it'll probably a bit down the line before we can properly sit down and reflect on it.

After the county football final win, we went out for a two nights and it was brilliant craic but we've put all that to one side and our concentration is back on the game. We're fully refocused on playing now.

Podge on... whether winning a double with his club or winning an All-Ireland with his county is sweeter

I don't like to compare them to be honest. They're both amazing things to be a part of and when I was growing up it was always a dream to win things with club and county. Looking back on it, they will both be up their with any highlights in my career but I'd find it hard to compare them or pick a favourite.

Podge on... what he thinks is behind the dual success of Cratloe and why it came together this year

It's not like this group just came together at senior level and clicked. There has been so much work and training going on at underage level. I think Joe McGrath (hurling manager) and my dad (Colm - the football manager) were coaching us at under 12 and they've come up through the ranks just like us which has been important.

They get on so well and they're very organised, we all always know exactly what's happening and there's never any confusion so there's great harmony around the club. That's a big reason why we've been successful this year. 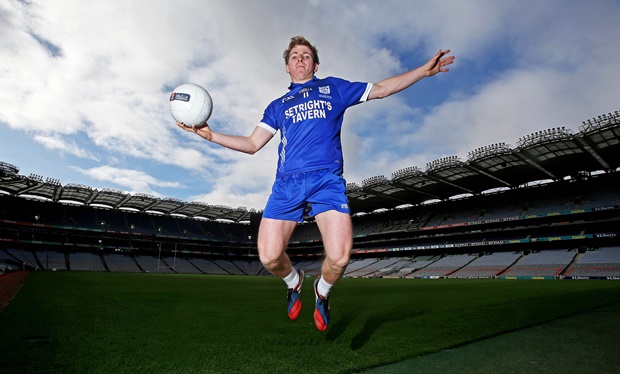 Podge on... what his schedule has been like since the intercounty season finished and how they balance dual commitment

It's week on / week off so a week of hurling is followed by a week of football. Monday, after a match on Sunday, is be a recovery day, normal training on a Tuesday, then you're training again on Thursday or Friday, rest Saturday and match again on the Sunday.

There's no transition period when you go hurling after a week of football or vice versa especially when we are winning at both, we love playing both so there's never any problem.

Podge on... whether fatigue ever becomes an issue and whether they would be afraid to do a 'Raheem Sterling' and say they're tired

To be honest, the recovery process that the lads have put in place this year have been brilliant so the Monday rest is usually a great help. But if you're feeling stiff, you can take it easy at training because the key thing is that everyone is fit for the game on Sunday. The managers are very understanding about that and will do what they can to keep players fresh. 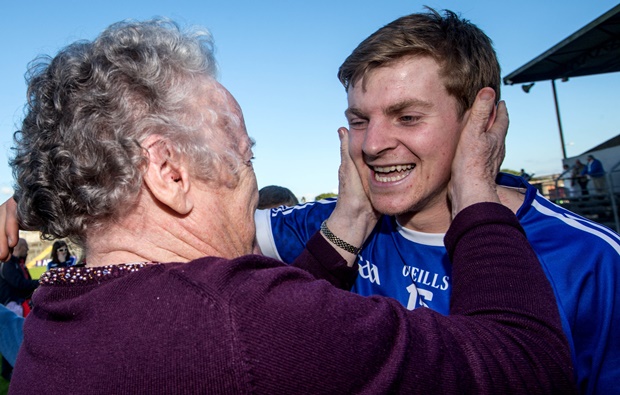 Podge on... that picture with his granny after the county football final

(Laughs) Yeah it was special, that will be one of the most important photos ever when I look back in 20 years time. I had my phone off for a few days after the match and when I turned it on, more people were talking about my granny than actually winning the game. Herself and my grandfather were over the moon, their son coaching and his sons playing, it was a proud day for the family.

Podge on... playing solely with the Clare intercounty footballers in 2015 and if there's a possibility he'll change his mind

To be honest, those weeks I spent deciding were the hardest of my life because some of my best friends are on that panel. But I spoke to a number of people and came to my decision and I hope the hurlers are back being successful next year.

I won't be revisiting the decision, it's done and now my focus is on the club, simple as that.

Yeah, it was fine. We all know Davy's feelings about the dual player issue so it came down to me picking one and I went with the footballers. There's no bad feeling between myself and Davy and relations are good.

Maybe in the future I will go back playing with the hurlers, but for now I'm with the footballers.

popular
Netflix has just quietly added 30 big movies to its library
Man in his 40s dies following assault at funeral in Kerry
Amazon Prime Video has just added 37 big movies to its library
One of the best dramas of the 2010s is among the movies on TV tonight
It took five long weeks, but The Rings Of Power is finally fantastic
Irish manor named the best resort in the world
Welder awarded €15,000 for unfair dismissal despite admitting to drinking alcohol before work
You may also like
5 years ago
Kammy's name for Andy Moran is the best part of their commentary from Croker
5 years ago
Join The GAA Hour for a Dublin-Mayo preview in the company of legends
5 years ago
Chris Kamara stands up to shoulder from Tyrone man, ends in disaster
5 years ago
A fiery Dick Clerkin team talk left Jeff Stelling more pumped than the players
5 years ago
Chris Kamara attempts a 45, ends up pulling hamstring and clocking a tractor
5 years ago
Join The GAA Hour in Westport for a Mayo-Kerry preview in the company of legends
Next Page