The Seahawks are looking to build on a big year last season, while the Titans have made a winning (and surprising) start

Last Season: Matt Flynn was looking forward to a great season as a starting quarterback, finally, after sitting behind Aaron Rodgers, only for Russell Wilson to show up at training camp and take the starter's shirt off him. He may have even taken his lunch money too, we're not sure.

Wilson lit up the league, and brought the Seahawks to the divisional playoffs after an 11-5 season, losing a tight game to the Falcons 30-28.

This Season: Wilson has the potential, like the other quarterbacks who exploded onto the scene last year, to either have a big slump as teams figure him out, or continue to carve teams up with his powerful arm and explosive play. Realistically there will be a fall off for all of them, defences will be more prepared for read option plays and have worked on it during the offseason, and defensive coordinators will be telling their players to nail the quarterbacks as hard as they can. That will lead to more conservative play calling, and Wilson standing back in the pocket a bit more.

The weapons he has to aim at are good, but the loss of Percy Harvin to hip surgery is a big one, and he'll be out for the majority of the season. On the run, they have an absolute beast in Marshawn Lynch so they'll be able to mix it up if the defences do manage to curtail Wilson.

The other thing is that the Seahawks defence is stacked. If the game is going to be a tight one, we'd lump our money on the boys in the secondary getting it done, and while Richard Sherman is arrogant, he's probably the best in the business at his position right now.

We've already seen a little bit of what they had in store for us on the weekend in what was a surprisingly tight game between them and the Carolina Panthers, which finished 12-7. Both teams have great players at QB in Wilson and Cam Newton, but neither hit their stride in that game. We can't read too much into the opening weekend of course, but RGIII also struggled (for different reasons) so there will be an adjustment period at the very least.

Verdict: It's still going to be a very good season for the Seahawks, and hard to see them not having at least 10 wins. Tough games await in the 49ers and the Saints in their schedule, but at that they could still go 12-4 we reckon.

Last Season: Between Chris Johnson not being back to his explosive best and Jake Locker having a tough year under centre, the Titans finished 6-10.

This Season: They should be improved from last year, when they simply couldn't move the chains.

They have upped their offensive line though, which should help Chris Johnson get some yards again. While many will say he was off form last year, he still got 1200 yards last year which meant he was averaging about 4 yards a carry. Those are decent numbers, and with a line that might actually open up a hole for him the odd time, he could be CJ2K again this year...maybe. 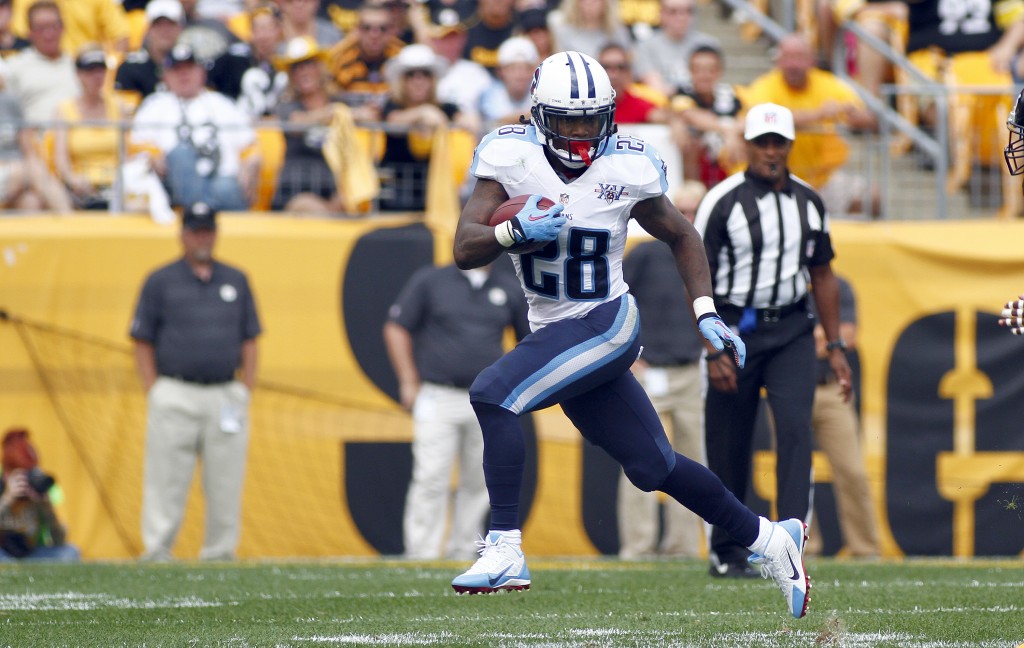 Jake Locker has a big and important year in front of him too, as, to use an old cliché, the league is a passing league and while they're going to run the ball a lot, they can't depend on that to win them games. He had 10 touchdowns and 11 interceptions last year, and those numbers need to improve.

A surprising win against the Steelers in the first game displayed that they've also done some work on their defence, as they sacked Big Ben five times. The Steelers looked pretty shaken and beat up afterwards, with two players out with what could be season ending injuries in Pouncey and Sage, but that notwithstanding, it was still an impressive performance.

Their schedule is seriously tough though, they've got the Colts (with Luck looking really impressive already) and the Texans in their division, which is a very difficult indeed.

Verdict: A tough one to call really. They don't have an easy season ahead of them, but they should be able to pull out a few wins, we'd even go so far as to say they could go 8-8.

popular
Gardaí warning people not to make unnecessary journeys in anticipation of Storm Barra
Man dies after being attacked by newly calved cow in Mayo
Carlow woman banned from keeping animals for life after starving dogs to death
This new rom-com about writing a Christmas #1 is absolutely going to make you cry (in a good way!)
"Danger to life" risk with Storm Barra "weather bomb", warns Met Éireann
A terrific crime thriller is among the movies on TV tonight
An underseen Keanu Reeves adventure is among the movies on TV tonight
You may also like
2 years ago
Rihanna turns down Super Bowl half-time show as she couldn't be "a sellout"
2 years ago
New England Patriots' owner Bob Kraft arrested as part of sex trafficking sting
2 years ago
Colin Kaepernick reaches settlement with the NFL over kneeling protest row
2 years ago
The complete spoofer’s guide to talking about Super Bowl LIII
2 years ago
The top 5 moments in Super Bowl history
2 years ago
Maroon 5 finally recruit support acts for their Super Bowl half time show
Next Page