The Washington Redskins are hoping for another big year from Robert Griffin III, while Tampa Bay might be in for a worse season than initially thought

Last Season: Greg Schiano came in and Doug 'Muscle Hamster' Martin exploded on to the scene under his stewardship. While the running game was good, Josh Freeman threw 17 interceptions and couldn't lead the team to a winning record as they finished 7-9.

This Season: Freeman is really playing for his career as a Buccaneer here, and perhaps as a starting NFL quarterback. His first few seasons were decent and showed potential, but he has been on a downwards slope for the last two years, in particular last year when big things were expected.

There is still the possibility that he can break out and have a great season, but the signs are not pointing that way. He seems to be losing his patience or maybe his passion, which might have had something to do with him missing a team photo session last week. The team picture might look weird without the quarterback, but he's no longer the capain of the offence either, so things are not going well for him there at the minute. 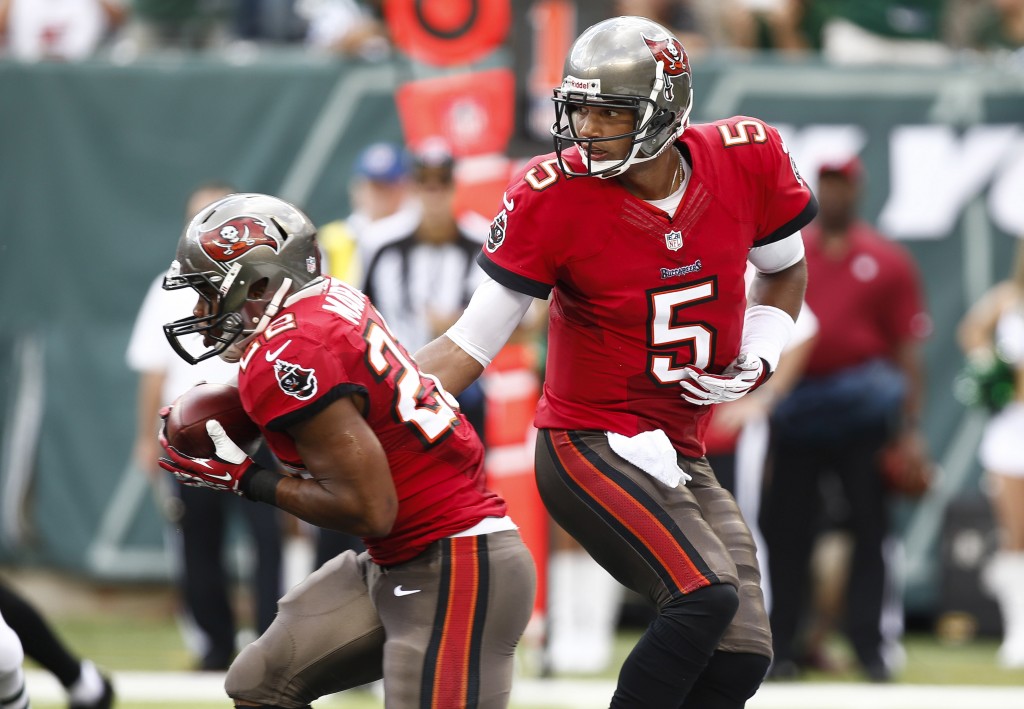 They had one of the worst pass defences in the league last year (but were good on the run, which suggests that teams just threw it on them as a result), and brought in Darrelle Revis in an effort to solve that problem, which is certainly a signing that should be welcomed by Bucs fans.

Doug Martin and Vincent Jackson are two parts of the team that should perform well, but it will be difficult for Martin to replicate the form he had last year. Jackson (the new captain of the offence) and Freeman need to work together to get the chains moving and the versatility of the offence as a real duel threat when Freeman is on form is their biggest strength.

Verdict: They looked a lot worse than we thought they would in Week 1, but they have the potential to improve. However, we can't see them doing much better than they did last year, especially in a tough division, so 7-9 seems realistic again.

Last Season: Fans around the world got excited as Robert Griffin III looked like the best thing on two legs...until he only had one leg left in a playoff loss to the Seahwaks.

This Season: RGIII has spent the entire offseason not taking a single snap thanks to his knee injury, and that will surely show when it comes time to throw the ball and get points on the board. In fact, as we saw on Monday night against Philadelphia, while he put in a decent performance in the second half, his throws looked noticeably weaker and he was unable to push off his leg strongly to get any zip on his passes.

There is an undeniable tension between him and head coach Mike Shanahan, and if we were in charge at Washington, there would only be one man headed for the exit door if it all comes to a head at some stage. Sorry Mike. 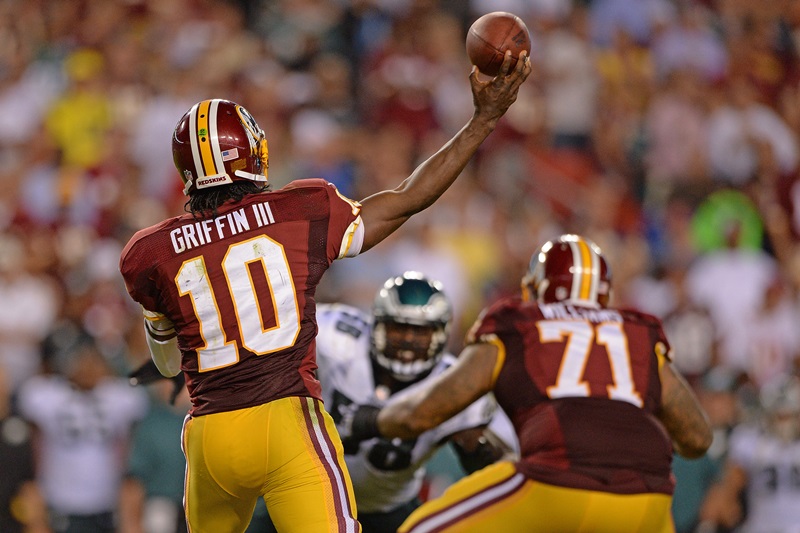 That said, he has some good weapons to aim at in Pierre Garcon and Leonard Hankerson, who should have an even better season than he did last year, but it might be a slight case of sophomore slump for Griffin especially seeing as he's coming off a very serious injury. A lot of what we saw last year were designed runs for Griffin, and those plays will definitely be limited this year in an effort to keep him healthy.

On the defence, they were missing some big players last year, with Brian Orakpo and Brandon Merriweather, who both missed a lot of the last season with serious injuries, back and keeping the D ticking over.

This Season: They really struggled against the Eagles, but they also looked like team that hadgone the entire preseason without their starting quarterback under centre. That chemistry will improve and if RG III stays healthy, they should still get double figure wins. 10-6 would be a good record, but they've already got one L on their record.

popular
QUIZ: Can you name all the countries beginning with A?
Elderly Irish man stabbed to death on mobility scooter in London
New car-free town with population of 85,000 set to be built in Dublin
Here's how to make €9-11 on Revolut in just a few minutes
Galway City Council street cleaners claim Lotto jackpot worth over €5.5 million
A terrific '90s crime drama is among the movies on TV tonight
Articulated lorry driver in his 20s dies in Tyrone
You may also like
1 week ago
The JOE Friday Pub Quiz: Week 306
2 weeks ago
Rebekah Vardy breaks down in tears in first TV interview since Wagatha Christie defeat
1 month ago
Gary Lineker says he suffered racist abuse during football days due to "darkish skin"
2 months ago
Merseyside police defend ‘exemplary’ Liverpool fans tear gassed by French police
2 months ago
BBC trainee accidentally posts message mocking Man United live on TV
2 months ago
Kurt Zouma charged with three animal welfare offences
Next Page