John Travolta has been outed, in what appears to be a new trend, as a vampire on eBay.

First we brought you the news that Nicolas Cage is ‘actually’ a vampire, well, if we were to believe an uncanny photo taken during the American Civil War. Now, it’s the turn of John Travolta thanks to one photograph collector in Ontario, Canada who believes the 1860’s photo is of the Danny Zuko man.

He is a member of the Church of Scientology, who believes in reincarnation, so it could totally be him (however unlikely it is). The 150-year-old photo has recently made its way onto eBay. 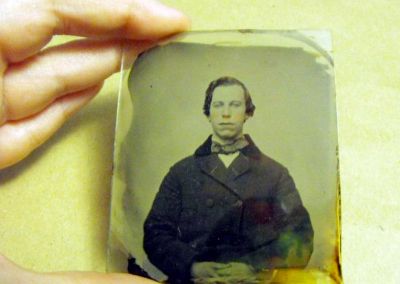 “I've had this interesting photograph for years and I've been unable to part with it,' the seller said.

“When you look at it and into the eyes of the sitter you will see what I mean! I believe this is the photograph of a very young John Travolta taken around 1860... This is a ruby glass ambrotype photograph and it is one of a kind.

“It hasn't been changed, tampered with or altered in anyway. It is clear and is as nice as the day it was taken roughly 151 years ago.”

The photo was listed at $50,000, but don’t worry it’s actually a bargain as the seller is throwing in free shipping and gift-wrap.

First it was Cage and now Travolta. If a creepy picture of a 19th century Joan Allen pops up we’ll have half the cast ofFace/Off. 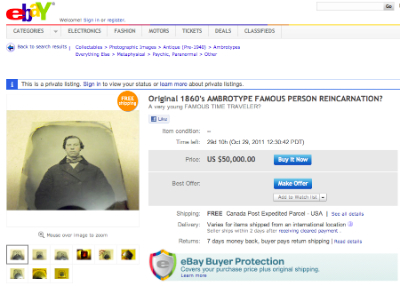 popular
Eurovision producers reveal "irregular voting patterns" during Saturday night's final
QUIZ: Try out one of our trickiest General Knowledge Quizzes yet
One of Liam Neeson's best ever performances is among the movies on TV tonight
Where will 2023's Eurovision be held if Ukraine can't host?
QUIZ: Can you name the disaster movie from a single image from each disaster
The JOE Movie Quiz: Week 154
REVIEW: Van Gogh Dublin is a truly unique cultural experience
You may also like
5 years ago
WATCH: This video showing 'hand-rolled ice cream' in Dublin is mesmerising
5 years ago
There's a new app that helps people find any food, drink or product they're looking for, locally
5 years ago
5 reasons why your business should 'pop-up' at one of Dublin's busiest stations
5 years ago
JOE BUSINESS: 3 great reasons you should pop-up in Dun Laoghaire this summer
6 years ago
This new app will help you keep track of the Luas strikes
6 years ago
TWEETS: Mixed reaction as Joan Burton steps down as leader of the Labour party
Next Page