What a brilliant gesture by the Scottish player...

We're delighted to bring you one of the rarer good news football related stories when a player actually does a really decent and noble thing. Everton's Steven Naismith's gesture is one of the nicest things we've heard a footballer do in a long time as he bought tickets for Everton home games and donated them to unemployed people across Liverpool.

Speaking to The Guardian, the 27-year-old says his own up-bringing played a big part in his decision to do the good deed,

"I come from Ayrshire in the West of Scotland and spent a lot of my life in Glasgow - a city that, at times, has suffered from high unemployment.

"Liverpool has a similar history and I am aware that, through no fault of their own, there are many unemployed in Liverpool trying hard to find a job and may not be able to afford a ticket. I thought this might be a small gesture to help those in that situation to enjoy a day out at one of our league matches. Hopefully it can bring some joy to many people.

"I have asked the Jobcentre Plus if they could give the tickets to different job centres across the city each week and select people who are unemployed through no fault of their own, are trying hard to find employment and who would enjoy watching a Premier League football match." 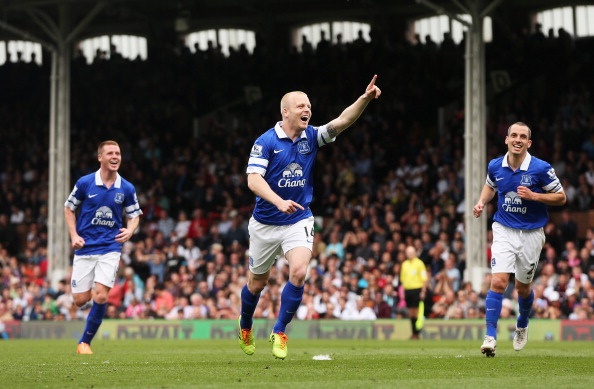 It's not the first time that Naismith has helped people a little less fortunate than him as he's involved in homeless centres in Liverpool and Glasgow. He also launched a project in Glasgow to help injured service personnel back to mainstream employment and is an ambassador for Dyslexia Scotland,

"Every day I feel very fortunate for the opportunities and lifestyle my job as a footballer has afforded my family and me and also to be in the position where I can help the community in some small way."

What a top man.

Hat-tip to The Guardian.

popular
Public urged to be wary of sophisticated Revolut scam in operation in Ireland
'The Beast' apologises for storming off after losing on The Chase
QUIZ: Can you identify the countries that have blue, red and white as the colours of their flag?
A gripping mystery thriller is among the movies on TV tonight
40% of Irish workers without a pension say they "can't afford" one
Man charged following incident involving deceased man at Carlow post office
Amazon Prime Video has just added 16 big movies to its library
You may also like
1 year ago
Everton v Man City tonight postponed due to coronavirus outbreak
2 years ago
QUIZ: Test your knowledge of the Merseyside derby
2 years ago
COMPETITION: Win €1,000 cash plus two tickets to Everton v Liverpool
2 years ago
The Football Spin on the great anti-Liverpool conspiracy and how far does it really go?
3 years ago
WATCH: Young Irish Everton fan goes to see his first game and has the time of his life
3 years ago
The Football Spin on Jordan Pickford’s crossbar challenge, Ireland's road to Euro 2020 glory and Mourinho’s long march to the Old Trafford exit
Next Page