What do you make of this Leinster fans?

A new tournament and a new look for Leinster today as they tweeted out the jersey they will be wearing in the European Rugby Champions Cup. Leinster will be facing Castres, Wasps and Harlequins in the group stages of the snappily-named tournament.

This will be the inaugural season of the tournament and the Irish sides face stiff competition in their groups. Munster will face Saracens, Clermont Auvergne and Sale Sharks in Pool One, while Ulster will battle Leicester, Scarlets and reigning champions Toulon in Pool Three.

Check out the boys in blue's new jersey below...

The new European jersey will be on sale from Saturday, 9th August. #WeAreLeinster pic.twitter.com/EaV9JDf16V 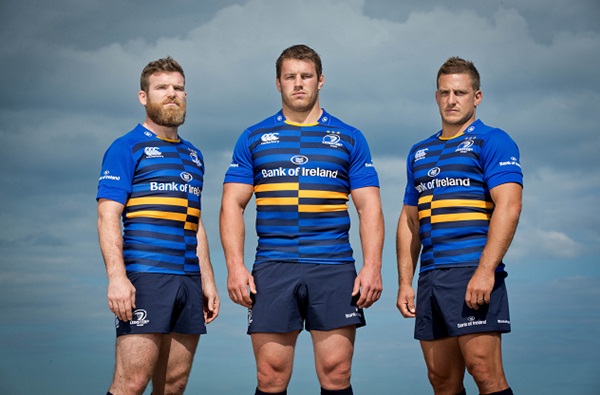 Well, what do you make of it? Let us know in the comments below.

popular
QUIZ: Can you guess the crisps from the pixelated packet?
Netflix has just added 33 very big movies to its library
Six people dead after mass shooting at Fourth of July parade in Illinois
The full list of cancelled flights in and out of Dublin Airport on Monday (so far)
The JOE Movie Quiz: Week 161
QUIZ: It's time for one of our trickiest General Knowledge Quizzes yet
QUIZ: Can you get 100% in JOE's great big halfway through 2022 quiz?
You may also like
3 months ago
Scottish Parliament official dies during rugby game in Dublin
4 months ago
Every Guinness fan needs to try these brand new experimental beers
4 months ago
"Samaritans saved my life" - Brent Pope praised for honest interview on Tommy Tiernan Show
7 months ago
QUIZ: How well do you know these famous Ireland players?
1 year ago
"You want to prove them wrong, even if they're not telling the right story" - Conor Murray
1 year ago
Four Irish players propelled into Lions debate after England hiding
Next Page