The storm clouds are gathering around David Moyes and news of a protesting banner flying over Old Trafford this Saturday won't help matters.

According to The Guardian, disillusioned Manchester United fans have clubbed together through the website of United fanzine Red Issue to charter a plane to fly over Old Trafford on Saturday for their match against Aston Villa.

The plane will carry a banner with a message saying "Wrong One - Moyes Out" as a response to "The Chosen One" banner. The defeat at home to bitter rivals Manchester City is the latest in a series of depressing results for the reigning Premier League Champions. They lie in a very lowly 7th position with little or no chance of Champions League qualification. 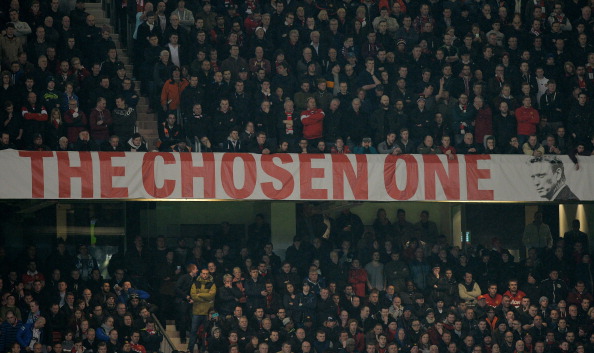 Although they are in the quarter-finals of the Champions League, many United fans fear the prospect of taking on the current European champions Bayern Munich. It's been a hugely difficult season for David Moyes having succeeded the hugely successful Sir Alex Ferguson.

It appears that the clock may be ticking for Moyes and sources close to the club are reporting that a change of manager is inevitable. The club's official stance has been to back the manager and that he will be given time, but there is a growing feeling amongst the fans and some behind the scenes that this job is just too big for the former Everton manager.

popular
Gardaí unveil new Armed Support Unit vehicles to replace older models
Netflix has just added 33 very big movies to its library
NOW announces large reduction to its monthly membership prices
The full list of cancelled flights in and out of Dublin Airport on Monday (so far)
Fish and chips could be removed from Irish menus over rising fuel costs
Increase in passenger charges at Dublin Airport may be on the way
The long-awaited MetroLink is finally happening, for real this time, honest
You may also like
1 month ago
BBC trainee accidentally posts message mocking Man United live on TV
1 year ago
COMPETITION: WIN a copy of Eric Cantona's new Manchester United documentary, The United Way, on DVD
1 year ago
Manchester United documentary written by Eric Cantona available to watch at home in Ireland this May
1 year ago
Marcus Rashford launches book club to help kids experience 'escapism' of reading
1 year ago
Paul Pogba releases powerful statement in response to 'fake news' from The Sun
1 year ago
The JOE Pub Quiz: Week 214
Next Page