Paid-per-view: Non-league club in England will pay fans to come and see them play

With ticket prices for matches getting more and more expensive, a non-league club in England has taken the novel approach of paying fans to come and see them in their first home match of the season tonight.

Hull United AFC are a newly formed club who are five leagues below the Conference. Their owner, Jamie Waltham, is willing to pay every fan that comes to see them in their first home match of the season the princely sum of £2. The feeling behind the idea is that you have to give out before you get back. 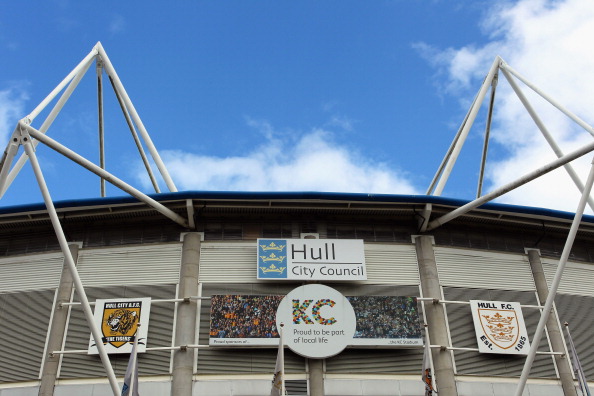 Lots of people in Hull, although very proud of their Premier League team, Hull City (pic above), simply cannot afford to go to see their idols in action and Waltham wants to give them a cheaper alternative. You often hear people giving abuse to teams by proclaiming 'You couldn't pay me to watch that garbage.' Well now's their chance.

Mr Waltham isn't entirely off his head though as they will be selling pies and beers in the ground too. In fact the beers are on sale for £2 so in effect, you are getting a free pint to go and watch a match. We here in JOE are liking the cut of this fellah's jib and are already scouring last-minute flight deals to Hull for their clash with Hedon Rangers at Dene Park.

popular
Fish and chips could be removed from Irish menus over rising fuel costs
Netflix has just added 33 very big movies to its library
Increase in passenger charges at Dublin Airport may be on the way
The full list of cancelled flights in and out of Dublin Airport on Monday (so far)
The long-awaited MetroLink is finally happening, for real this time, honest
Jordan Peterson suspended from Twitter over Elliot Page comment, says he won't apologise
Government considering giving public €200 again to assist with rising energy costs
You may also like
7 years ago
Video: The exact moment when a Hull City fan finds out that Newcastle United have scored is funny
7 years ago
Pic: Manchester United's Fellaini definitely left his mark on Paul McShane from this nasty injury snap
7 years ago
Hull City's Twitter account tells fans to sing their hearts out for 3 points
7 years ago
Vine: Wayne Rooney curls home a beauty from 20 yards against Hull City
7 years ago
Here's some of Jimmy Bullard's funniest moments now that he's in the Jungle
7 years ago
Vine: Boom! Hull's Nikica Jelavic scores a rocket of a scissors-kick against Newcastle
Next Page