In his latest blog for Paddy Power, Paul Scholes discusses the majestic Andrea Pirlo and how England might go about stopping him at the World Cup.

The weekly utterances of Paul Scholes are fast becoming our favourite thing to read on the whole internet. This week, his subject is another man renowned for classy performances in the middle of the park, but who's slightly better-looking than the former Manchester United and England man.

Paul Scholes on Pirlo: "Pirlo is the world’s greatest playmaker – the complete footballer. Give him time and space and he will destroy you. He’s such a clever player and is so composed. If surrounded he’ll lay it off. If he’s got room he’s devastating. Against Italy in the heat we need all our ‘footballers’ to play. Possession is everything. Then there’s Pirlo…He was outstanding in the World Cup in 2006 and got three man of the match awards six years later at Euro 2012." 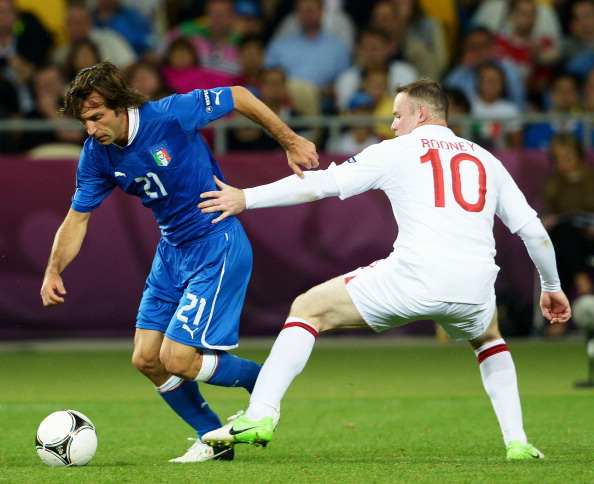 "Even though England’s Euro 2012 game against Italy pic above)finished 0-0, we paid nowhere near enough attention to him. Pirlo is not renowned for his athleticism, and he’s 35 now, but that day he ran 11.58 kilometres, more than any England player. He also had more passes (131) than England’s four starting midfielders."

Paul Scholes on what happens if you don't man-mark Pirlo: "I played against him when Milan beat us 3-0 at the San Siro (pic below) in 2007. We didn’t man-mark him. He destroyed us. We learned, and it was painful." 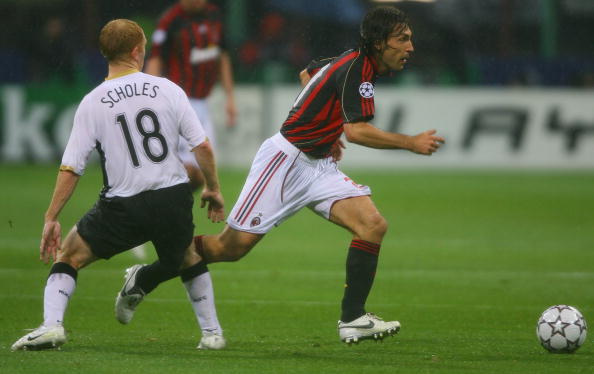 Paul Scholes on how United stifled Pirlo: "Park Ji-Sung was the perfect man for Pirlo in 2010 (pic below) and never gave him kick (in a 7-2 aggregate victory). You could even see Pirlo getting frustrated and having little kicks out by the end." 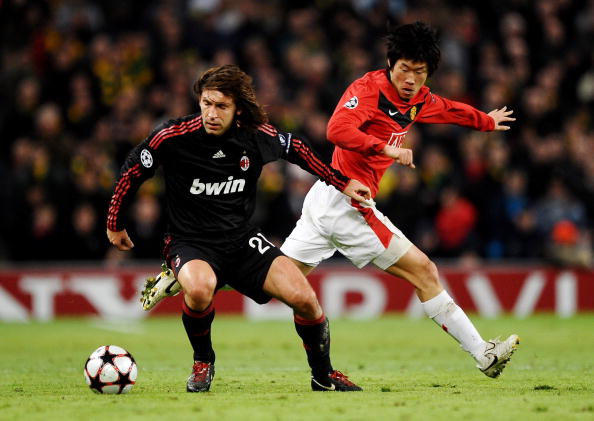 Park's performance left an impression on Pirlo, who wrote in his recent book: "They’d programmed him to stop me. His devotion to the task was almost touching. Even though he was a famous player, he consented to being used as a guard dog.”

Paul Scholes on how England can stop Pirlo: "We need an ‘English Park Ji-Sung’ – one England player designated to man-mark him. Looking at the squad, Danny Welbeck  – a good defender who can nick the ball well – could be an option and would be a bold decision, one which gives England a creative outlet, and saddles Pirlo with defensive work."

You can read the full blog on Paddy Power here

popular
One of the best action movies of recent years is finally available to watch at home
QUIZ: Try score top marks in the hardest country flag quiz you'll ever take
Lisa Fallon praised as she opens up about terrifying ordeal on Late Late
The JOE Friday Pub Quiz: Week 278
QUIZ: See if you can ace this General Knowledge Quiz
"It will be with me until I die" - Charlie Bird opens up about "loveliest gesture" from Daniel O'Donnell
QUIZ: Can you score 18/18 in this tricky geography quiz?
You may also like
8 months ago
COMPETITION: WIN a copy of Eric Cantona's new Manchester United documentary, The United Way, on DVD
9 months ago
Manchester United documentary written by Eric Cantona available to watch at home in Ireland this May
1 year ago
Marcus Rashford launches book club to help kids experience 'escapism' of reading
1 year ago
Paul Pogba releases powerful statement in response to 'fake news' from The Sun
1 year ago
The JOE Pub Quiz: Week 214
1 year ago
Harry Maguire gives his version of events in Mykonos in TV interview
Next Page