The People of the Year Awards, organised by Rehab, provide a unique opportunity for the Irish public to honour those who have made a real difference to people's lives, whether as unsung heroes or household names.

Today is the last day you can nominate somebody for an award with the ceremony taking place next September. If you feel you need a little bit of inspiration, then here is a look back at some of the winners from last year.

Joanne O’Riordan, winner of the Young Person of the Year Award, for her determination in highlighting the challenges faced by people with disabilities in Ireland today.

The Union Hall Community, winner of the Community Group of the Year award, for its refusal to give up in the search for the crew of the Tit Bonhomme and for many individual and collective acts of support and compassion following the tragedy.

Katie Taylor, winner of the Sports Person of the Year Award, for her indomitable spirit, driving ambition, mould-breaking success, and the honour she has brought to this country in winning an Olympic gold medal and for bringing women’s boxing to the world stage.

Gill Waters, winner of a People of the Year Award, for her tireless innovation, drive and dynamism in pioneering the Shave or Dye campaign, which has raised millions of euro in aid of the Irish Cancer Society and, in the process, has created vital public dialogue around cancer and the people affected by it.

Colm Murray, winner of a People of the Year Award for his courageous, inspiring and moving response to a devasting diagnosis of motor neurone disease and for his inspirational efforts in speaking out about the condition and the difficulties faced by those affected by it and the need for a cure.

Garda Ciarán Jones, posthumous winner of a People of the Year Award, for his enormous bravery, heroism and selflessness  in his efforts to protect his community from the perilous dangers of a flooded river near Manor Kilbride in the winter of 2011.

Mark Pollock, winner of a People of the Year Award, for his strength and determination in overcoming significant physical adversity, his continued inspiration of others in sharing his story and in constantly pushing out new boundaries, in his personal life and as an explorer and adventure racer. 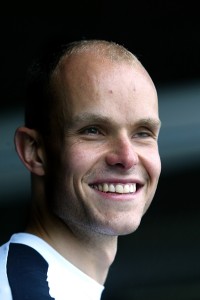 Dr Tony Scott, winner of a People of the Year Award, for his immense contribution in helping to advance the cause of science, nurturing some of Ireland’s leading scientific thinkers and opening up the field to a younger generation through the pioneering Young Scientist and Technology Exhibition.

Penny Dinners, winner of a People of the Year Award, for the huge voluntary effort and generous, caring welcome it gives each day to so many people who have fallen on hard times and for whom it provides a welcome and nourishing respite from the world outside.

2012 Irish Paralympic Team for their outstanding sporting achievements at the 2012 Paralympic Games in London.

If you would like to put forward a nomination, you can do so here. And hurry, today is your last chance!

The Big Reviewski || JOE · TBR Spotlight: Loki - Episode Six - 'For All Time. Always.'
popular
Dublin cinema named best cinema in all of UK and Ireland
Only Murders in the Building is a must-watch for fans of true crime podcasts
The 50 most iconic songs of all time* have been revealed
PICS: The man with the biggest penis in the world has one unbelievable problem with it
People think they've figured out the ranking of the viewers on your Instagram Stories
Die Hard 6 has been officially cancelled
15 insults the token ginger of the group has to endure
You may also like
7 years ago
Pic: Hats off to the Irish Sun for their brilliant front-page headline this morning
7 years ago
Rehab in Vegas with American Holidays
8 years ago
Video: Get GAA fit - warm up exercises to make sure you stay injury free
5 years ago
JOE BUSINESS: 3 great reasons you should pop-up in Dun Laoghaire this summer
5 years ago
This new app will help you keep track of the Luas strikes
5 years ago
TWEETS: Mixed reaction as Joan Burton steps down as leader of the Labour party
Next Page