Pic: A much clearer picture of what the new Manchester United home and away jerseys may look like

It's all change at Manchester United for next season with a new manager, new players, new sponsor and a brand spanking new home and away kit. 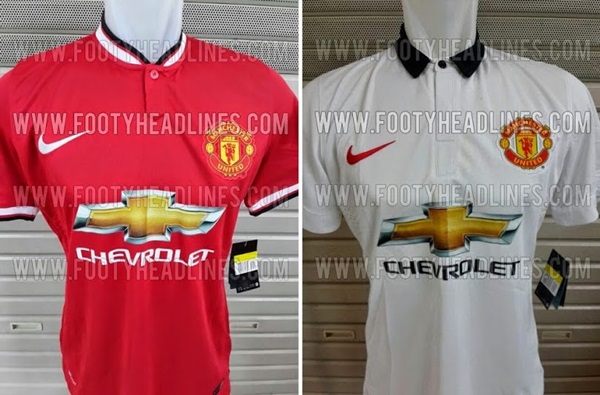 As we showed you here a few weeks back, various images of a new Manchester United kit have been floating around online for a while now but the images were blurry. We have now got a clearer image to show and to be honest, we're not sure if it makes the jerseys any better looking.

That won't matter to United, though, as they will pocket a very large lump of cash for donning the questionable attire. £25m a year for seven years just for having Chevrolet on the front to be exact.

It's still not confirmed though and to the United fans who don't like these jerseys, perhaps they will be surprised by alternatives when the official launch occurs.

House of Rugby Ireland · Munster can't beat Leinster, Six Nations squad and John Cooney interview
popular
RTÉ Prime Time footage shows tanned Irish holidaymakers returning from Lanzarote
Leo Varadkar rules out going straight to Level 3 restrictions in March
QUIZ: Can you name all of these countries just from one of their cities?
Holly Willoughby criticises influencer for travelling to Dubai during pandemic
Warners Bros reveal first footage of mysterious sci-fi blockbuster with Hugh Jackman
QUIZ: Do you know the collective name for these groups of animals?
Pharmacists urge people of Ireland to take Vitamin D supplement
You may also like
2 months ago
Marcus Rashford launches book club to help kids experience 'escapism' of reading
3 months ago
Paul Pogba releases powerful statement in response to 'fake news' from The Sun
3 months ago
The JOE Pub Quiz: Week 214
4 months ago
Harry Maguire gives his version of events in Mykonos in TV interview
5 months ago
Twitter delete their own tweet after Manchester United complaint
5 months ago
Jesse Lingard: Everything I eat on a match day
Next Page