We wish we could say there’s nothing to see here but that’s obviously not the case.

It hasn’t been the greatest of seasons for Manchester United, but the players and staff and their significant others would have tried to put that behind them as they got their glad rags on and gathered for the club’s Player of the Year awards last night.

As you’d expect there was plenty of style on display, but it was Ashley Young’s partner Nicky Pike who turned most heads, if, unfortunately, for all the wrong reasons. 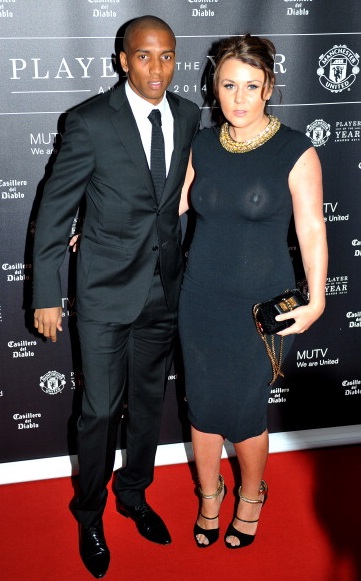 When it comes to the world of female fashion we’re certainly no experts, but even we can spot the glaring problem with Nicky’s dress in the picture above, although we sure hope it didn’t stop Ashley and Nicky from having the best of times on the night.

popular
County where winning Lotto jackpot ticket worth nearly €9 million was sold confirmed
Netflix has just quietly added 30 big movies to its library
Welder awarded €15,000 for unfair dismissal despite admitting to drinking alcohol before work
Dublin Bus and boat involved in city centre collision
10 years ago today, the scariest movie ever made (according to science) was released
Netflix's new BIG scary show & 13 more new movies and shows to watch this weekend
Here's the line-up for this week's episode of The Late Late Show
You may also like
4 months ago
BBC trainee accidentally posts message mocking Man United live on TV
1 year ago
COMPETITION: WIN a copy of Eric Cantona's new Manchester United documentary, The United Way, on DVD
1 year ago
Manchester United documentary written by Eric Cantona available to watch at home in Ireland this May
1 year ago
Marcus Rashford launches book club to help kids experience 'escapism' of reading
1 year ago
Paul Pogba releases powerful statement in response to 'fake news' from The Sun
1 year ago
The JOE Pub Quiz: Week 214
Next Page