Fair play to the Bayern Ultras. More of this please.

Football still has a way to go to be more inclusive to all sorts of sections of society but steps in the right direction towards gay footballers are beginning to happen.

From Robbie Rogers being an openly gay player in the MLS to the overwhelmingly positive reaction to Thomas Hitzlsperger speaking about his sexuality recently, football is catching up with the rest of society who, broadly speaking, couldn't care less about people's sexuality.

That mood was perfectly reflected by Bayern Munich supporters during their game with Eintracht Frankfurt at the weekend. A group of fans held up a sign that said 'Fußball ist alles, auch schwul' (Football is everything, including gay). It's a simple message and hopefully it is one that will be picked up at clubs all over the world. 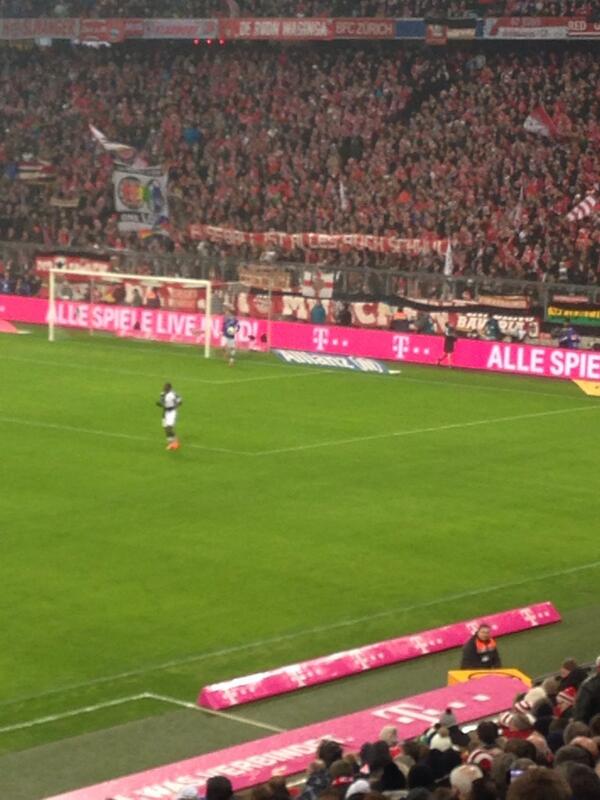 Hat-tip to 101greatgoals for the image.

The fans also unveiled an impressive tifo to their former president Kurt Landauer, a Jew who was persecuted by the Nazis. 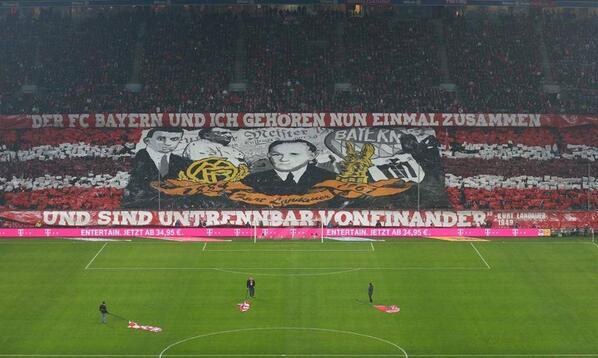 The Big Reviewski || JOE · TBR Spotlight: Loki - Episode Two - 'The Variant'
popular
Garda union hits out at "absolute confusion" over outdoor drinking and dining
The Queen appealing for volunteers to weed the garden of her Sandringham Estate
Gardaí will use "discretion" over outdoor drinking at pubs and restaurants
Unvaccinated people will be able to travel abroad this summer with Covid cert, says Leo Varadkar
The JOE Friday Pub Quiz: Week 248
Taoiseach surprised by WHO plan calling for prevention of women of "childbearing age" from drinking alcohol
QUIZ: Can you get full marks in this potentially very frustrating general knowledge quiz?
You may also like
6 days ago
Christian Eriksen shares first update from hospital as he undergoes tests after cardiac arrest
1 week ago
Christian Eriksen stable but may not play football again, says sport cardiologist
1 month ago
Ryan Giggs charged with assaulting two women and controlling or coercive behaviour
2 months ago
Martin Compston reveals moment he delayed Line of Duty filming to watch Scotland penalty shoot-out
3 months ago
EA Sports bans Irish FIFA player who racially abused Ian Wright for life
3 months ago
TOWIE star Mark Wright is officially the worst player on FIFA 21
Next Page