All eyes were on Ray Allen as he nailed a dramatic three-pointer for the Miami Heat in Game Six of the NBA Finals last night and one of the best footballers in the world had one of the best seats in the house.

Allen and his Miami Heat teammates looked as if they were about to give up the chance to become NBA Champions two years on the trot until Allen’s late intervention brought the game to overtime and the Heat went on to win and will battle it out with the San Antonio Spurs in a winner-takes-all battle in Game Seven on Thursday night.

While the picture of Allen throwing the three-pointer is a great action shot, it also illustrated just how good of a view new Monaco recruit Falcao had of the action in Miami, although considering the wages he will reportedly earn (tax-free, of course) next season, he would have been well able to afford it. 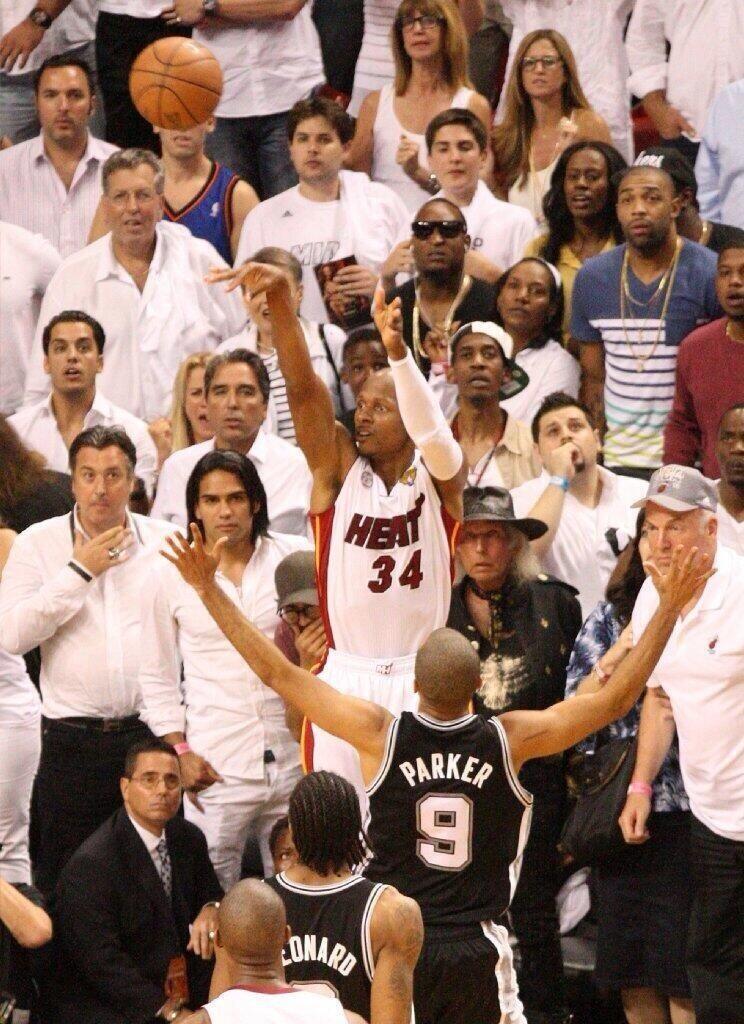 The Colombian didn’t look as enthralled as some of those in close proximity, mind, not least the brilliantly-attired elderly gentleman a little to the left of Falcao and the hero of the night.

popular
The Last Of Us Episode Five will premiere days earlier in Ireland and UK
Amazon Prime Video has just added 21 big movies to its library
Shock as blues singer beats Adele, Beyonce and Taylor Swift to win Song of the Year Grammy
5 years ago, Hollywood took a massive gamble on a huge sequel... and lost big time
One of the best crime thrillers ever is among the movies on TV tonight
Ben Affleck's bored expression at the Grammys becomes a meme
The first reviews for Hogwarts Legacy are absolutely stellar
You may also like
2 years ago
QUIZ: Can you name all the teams in the NBA from their locations?
2 years ago
All NBA players and staff take knee during national anthem
3 years ago
LeBron James led an emotional night of tributes to Kobe Bryant
3 years ago
How to shite-talk your way through the NBA season
3 years ago
WATCH: Drake comes in for criticism following his behaviour at NBA playoff game
4 years ago
Oblivious basketball fan stars in the dumbest moment in TV history
Next Page