Pic: Hail stops play between Manchester United and Stoke in Capital One Cup

It's a dirty old night in Stoke. It's so bad in fact, referee Mark Clattenburg stopped the game.

As we have seen in Ireland, the weather is poxy here and it isn't much better in England either. Thirty minutes into Stoke's Capital One Cup tie with Manchester United a haul storm broke out that was so heavy referee Mark Clattenburg stopped the game.

Some of the players, most notably our own Jon Walters, wanted to continue but the ref ordered the teams off for five minutes. The weathher soon eased back to a heavy rain and the play quickly resumed. 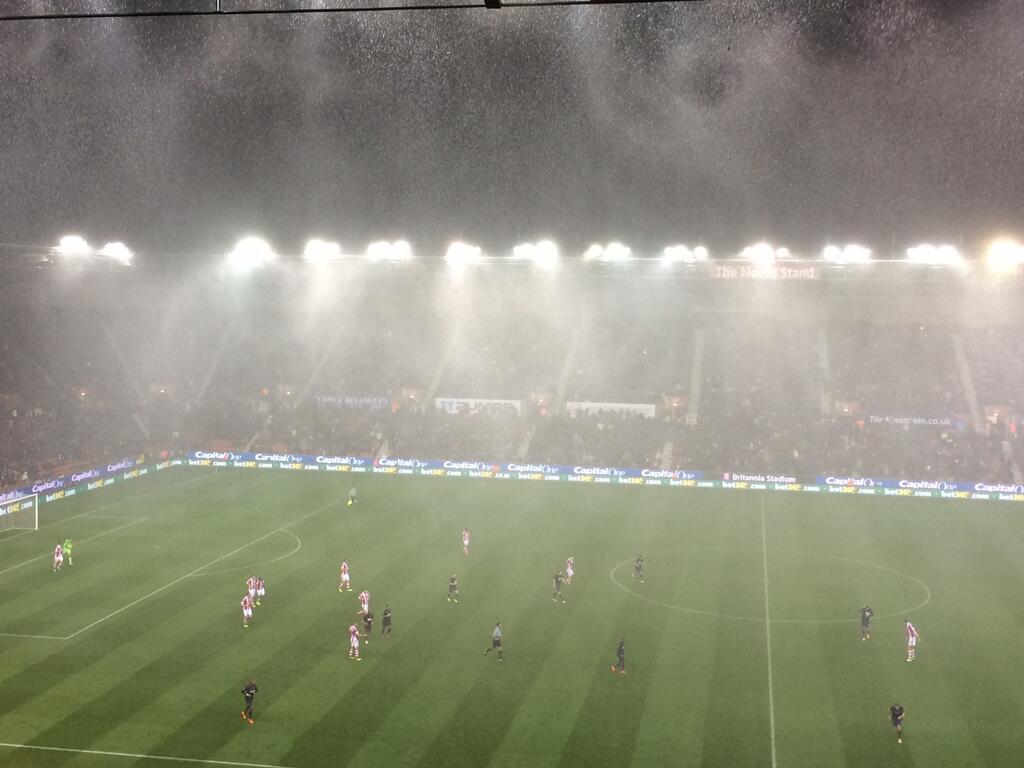 It takes the wet and windy night in Stoke cliche to new levels... 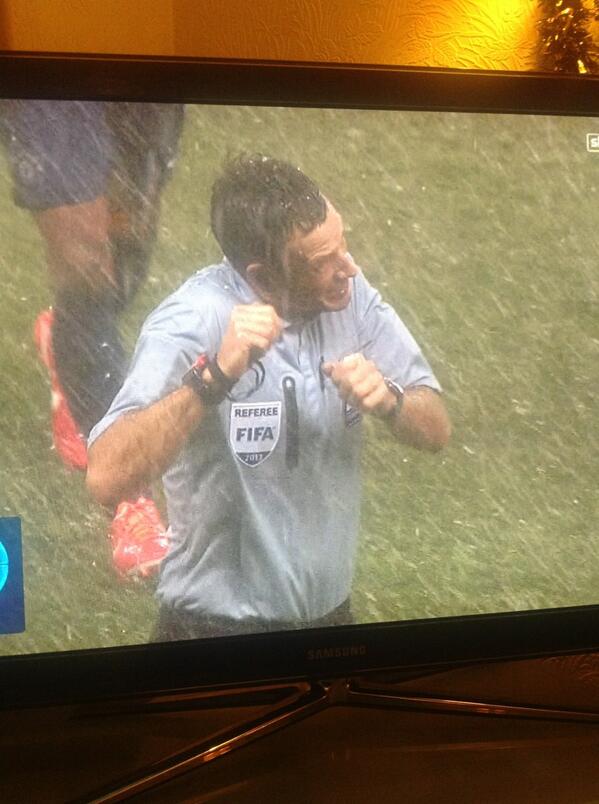 popular
Gardaí unveil new Armed Support Unit vehicles to replace older models
One of the greatest crime movies of all time could be getting a sequel
Netflix has just added 33 very big movies to its library
The full list of cancelled flights in and out of Dublin Airport on Monday (so far)
Fish and chips could be removed from Irish menus over rising fuel costs
NOW announces large reduction to its monthly membership prices
QUIZ: It's time for one of our trickiest General Knowledge Quizzes yet
You may also like
1 month ago
BBC trainee accidentally posts message mocking Man United live on TV
1 year ago
COMPETITION: WIN a copy of Eric Cantona's new Manchester United documentary, The United Way, on DVD
1 year ago
Manchester United documentary written by Eric Cantona available to watch at home in Ireland this May
1 year ago
Marcus Rashford launches book club to help kids experience 'escapism' of reading
1 year ago
Paul Pogba releases powerful statement in response to 'fake news' from The Sun
1 year ago
The JOE Pub Quiz: Week 214
Next Page