The greatest golfer that ever lived (sorry Tiger) became the latest victim of Kerry GAA’s worldwide campaign of photo taking.

We thought the USPGA Championship was suspiciously quiet on the GAA jersey front this weekend. Up to now, virtually every golf Major for the last few years, plus other events as diverse as Grand Prix, MLB, Super Bowls and, erm, Justin Bieber concerts, have been invaded by the Kingdom’s famous shirts.

Oakhill had been quiet but today, at last, we have gotten a few pics from Connie Mollock that confirms the Kerry mafia were out and about again.

And he, with another Kingdom man David Culhane, managed to nab a picture of themselves with the man with more Majors than anyone else, Jack Nicklaus himself. 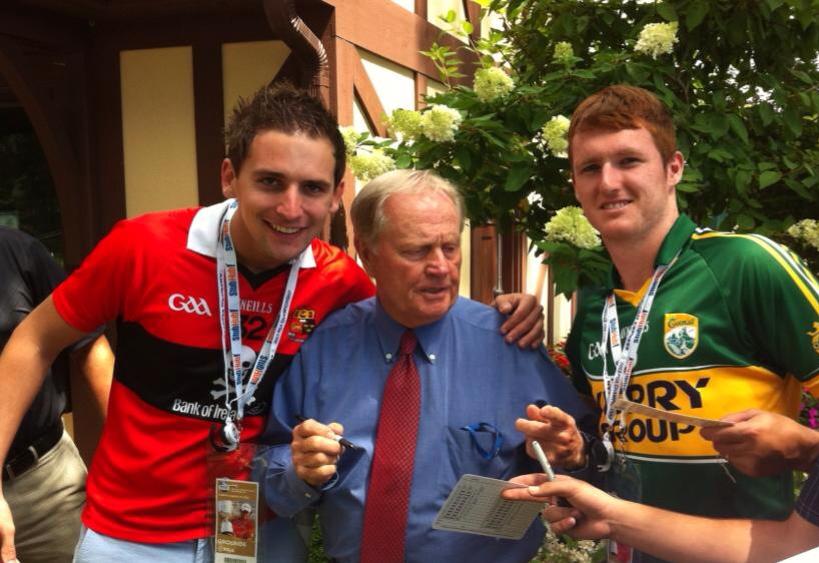 Not only that but the two lads, plus Darragh Sullivan and Phillip Quirke, also collared Padraig Harrington for a photo. 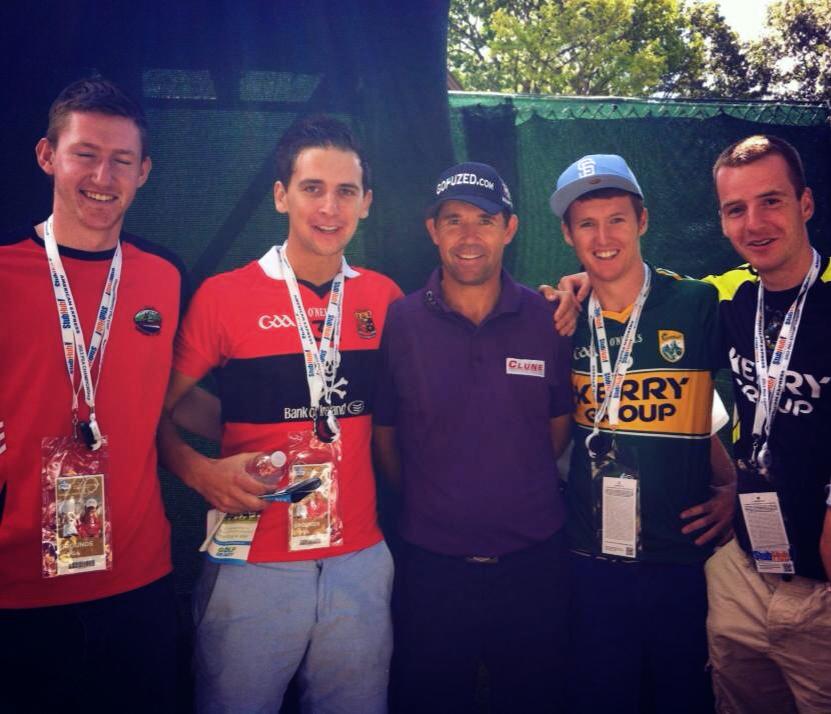 popular
Sinn Féin affordable housing bill passed as Government forgets to vote on its own counter-motion
The 50 most iconic songs of all time* have been revealed
10 bad movies that actually got good reviews when they were released
TV reporter rescues stolen dog live on air while reporting on its theft
People think they've figured out the ranking of the viewers on your Instagram Stories
Negative review of Shrek on its 20th anniversary sends Internet into meltdown
Video: Anderson Silva suffered a gruesome leg break at UFC 168 last night
You may also like
2 months ago
Fine Gael senator says golf and sea-swimming restrictions should be lifted
1 year ago
"Very chaotic" - Irishman describes being struck by lightning on US golf course
1 year ago
Irishman hospitalised after lightning strike on US golf course
1 year ago
Shane Lowry given a hero's welcome in his hometown of Clara, Co. Offaly
1 year ago
Gardaí release plan for Shane Lowry homecoming in Offaly this evening
1 year ago
WATCH: RTÉ's interview with Shane Lowry's granny is absolutely wonderful
Next Page