New gaffer, loads of new players and now a pretty tasty new away kit. Manchester City are well set for the new season.

This year’s Premier League promises to be the most interesting in years. With new bosses at Chelsea, Manchester United and Manchester City, plus a host of new players either in the league or on the way, it is all set up to be exciting stuff.

With all the goings on at Manchester United, plus the arrival of Jose Mourinho back at Chelsea, the third new name, Manuel Pellegrini, has been going quietly about is business, picking up some very classy players indeed, bolstering an already very strong squad. If we were a betting man, at 23/10, City look to be a decent price.

Anyway, as they go about getting back the title they won in 2012, they will be doing so in a very slick new kit indeed. 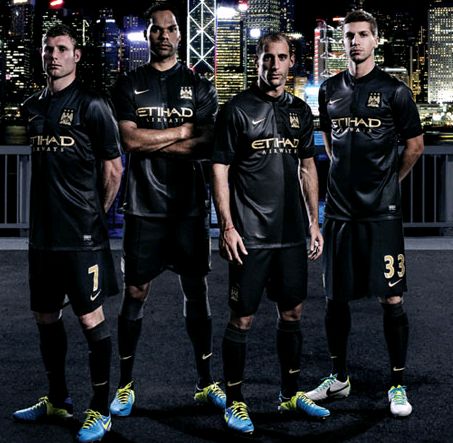 popular
Amazon Prime Video has quietly added 18 big releases to its library
Man charged in connection with the murder of Ashling Murphy
WATCH: This foul-mouthed argument proves the Irish language is alive and well
60 jobs available on Stena Line with 50% of your time spent not working
QUIZ: We bet you can't name all of these countries from their outlines
WATCH: Prime Video reveals teaser trailer for its epic Lord of the Rings series
A gripping '90s thriller is among the movies on TV tonight
You may also like
5 months ago
Five football documentaries to watch to kill time before the new Premier League season
1 year ago
In an uncertain world, David Luiz provides the reassurance we all need
1 year ago
Arsenal manager Mikel Arteta tests positive for Covid-19
2 years ago
People of Cork, the Premier League roadshow is coming to town
2 years ago
They're making a cartoon show about Manchester City for some reason
2 years ago
The Coca-Cola Premier League roadshow is coming to Galway this weekend
Next Page