“Rome wasn’t built in a day, but then again I wasn’t on that particular job."

Over the weekend the footballing world paid tribute to one of the greatest managers and personalities that the game has ever seen.

Brian Clough sadly passed away ten years ago on Saturday and you may have seen JOE's tribute to the iconic two time European Cup winning manager.

Simply put, there will never be another Brian Clough.

'Old Big Head' spent 18 years in charge of Nottingham Forest where he took them from the lower tiers of English football all the way up to the pinnacle of the European game.

Forrest are playing Tottenham in the Capital One Cup tonight and their fans have decided to mark the anniversary of their greatest ever manager by all wearing his famous green jumper.

We love these images, take a look. 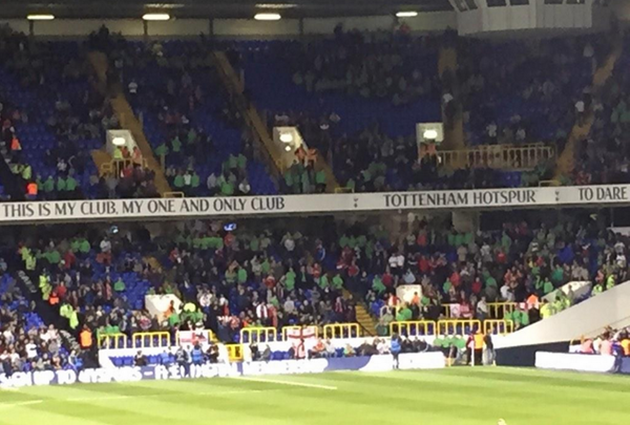 popular
One of the best Irish movies ever made has just been added to Netflix
The movie described as "Showgirls in a convent" has a tentative Irish release date
One of Keanu Reeves' best movies has just been added to Netflix
A who's who of Irish music pay tribute to the late Mic Christopher in new documentary on his life
QUIZ: Can you get 20/20 in this desperately tricky capital cities quiz?
A woman has died and several injured after fatal Kilkenny crash
New airline to provide low-cost flights from Ireland to Iceland
You may also like
5 years ago
QUIZ: Can you guess the players from this season's Champions League?
5 years ago
Here's the Champions League draw in full
5 years ago
The Great Big Premier League Spurs v Arsenal Quiz
6 years ago
Tottenham's private Fantasy Premier League table has been revealed and it's very interesting
6 years ago
Pic: Here's how Twitter reacted to another crazy New Years Day match between Chelsea and Spurs
6 years ago
Vine: Ashley Young really needs to work at his covert throw-ins and they get much worse
Next Page