Pic: Verne Troyer steps into the Ulster scrum and Peter Stringer gets confused

The former Munster man knows how to poke fun at himself.

We never thought there would be a tale involving Austin Powers star Verne Troyer and Peter Stringer but here you go. The diminutive Irish scrum-half was scrolling through his Twitter feed this morning when he came upon this picture of Troyer getting his face into the Ulster scrum. Well, a cardboard version of the scrum at Belfast Airport anyway. 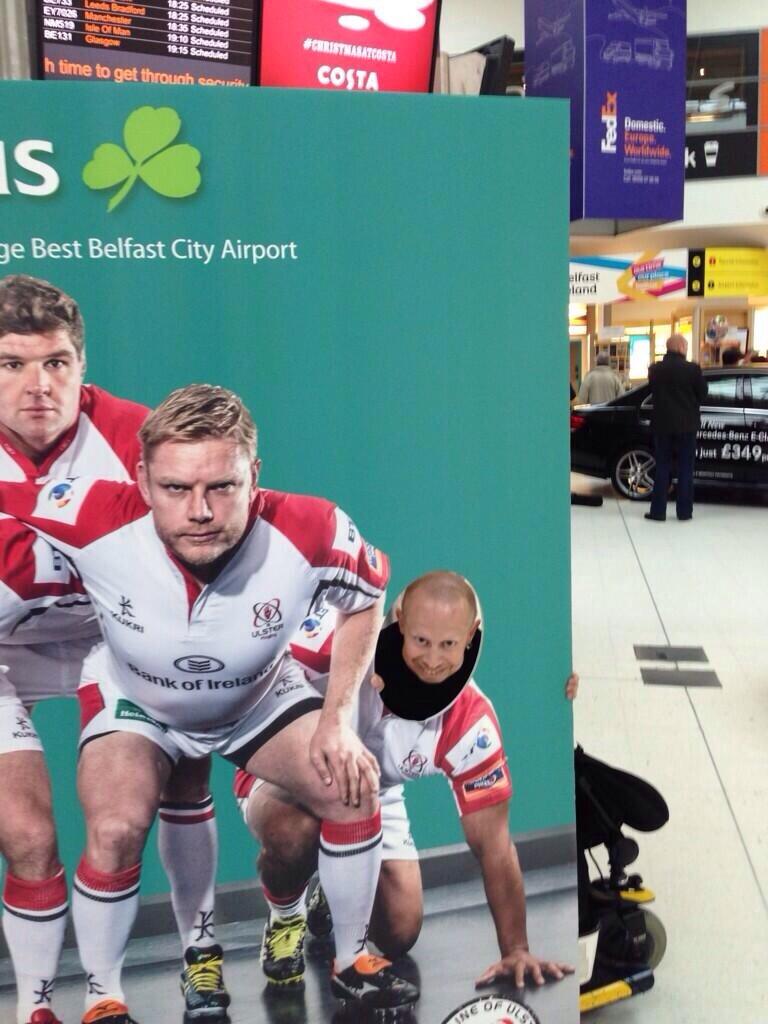 And Stringer couldn’t resist the chance to poke fun at himself by reckoning it looked like he had stepped into the Ulster back-row.

.@VerneTroyer I had to do a double take on this one,thought I was standing in for @StephenFerris6 in the back row pic.twitter.com/0KcMshDcNr

We’re pretty sure that Troyer won’t have a clue who Stringer is, and considering he hashtagged his original tweet #futbol, we have a fair idea he doesn’t even know what rugby is.

Still, let’s hope the two lads can bond over this incident and maybe shoot a buddy movie together somewhere down the line.

popular
County where winning Lotto jackpot ticket worth over €5.5 million was sold confirmed
Amazon Prime Video has just quietly added 15 big movies to its library
Netflix reveals full line-up of new shows and movies arriving in July
Met Éireann issues thunderstorm warning for 11 counties
Lidl announces six new warehouse clearance sales... for a limited time only
7 new and exciting Dublin attractions you need to try this summer
Friends co-creator says she's now "embarrassed" by the series' lack of diversity
You may also like
6 days ago
The Chase star Bradley Walsh can't control his laughter after the most NSFW answer ever
2 weeks ago
WATCH: Lightyear star reveals who'd win in a fight between him and Thanos
2 weeks ago
30 years on, The Simpsons writer confesses he misunderstood iconic joke
4 months ago
30 years ago, Arnie's biggest prank ended with Stallone's biggest flop
5 months ago
China gives Fight Club a new ending, manages to completely change the plot of the movie
7 months ago
Who tweeted it: Simu Liu or Rahul Kohli?
Next Page