Breathe easy Manchester United fans, one of the most complicated transfers in recent memory has finally come to a conclusion.

The club confirmed the deal this afternoon, shortly after the Spanish midfielder had changed his Twitter avatar to a picture of himself and Manchester United legend Bobby Charlton holding a United jersey. 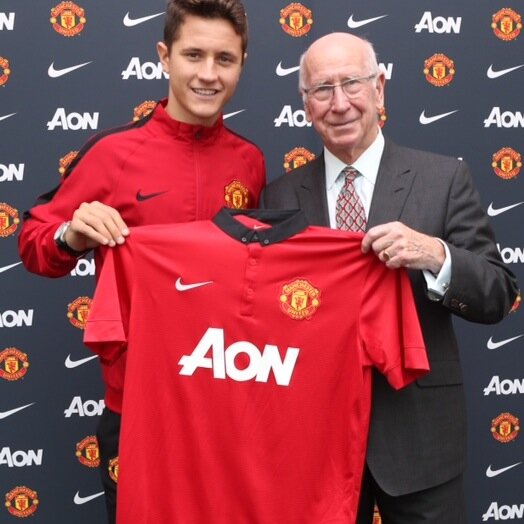 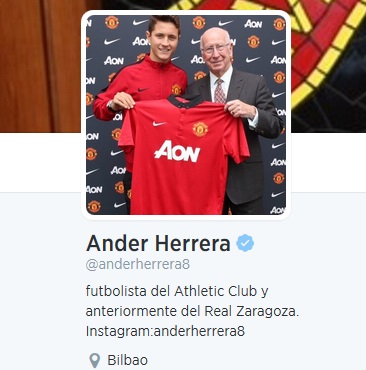 Having originally revealed that they had rejected an offer of €36 million from United today, Athletic Bilbao subsequently confirmed that the player had paid the buyout clause that had to be met before the transfer went through. Manchester United confirmed the signing of Herrera on their club website this afternoon.

Commenting on Herrera’s arrival, assistant manager Ryan Giggs said: "Ander is a fantastic young player, with great energy and creativity. We believe him to be one of the brightest young prospects in Spain and I am certain he will be a big hit with the United fans. I’m delighted he has made the decision to come to Manchester and play his part in the club’s future. I’m looking forward to seeing him in action on our summer tour to America.”

Herrera said: "Signing for Manchester United is a dream come true. I have played at Old Trafford for Athletic Club in the UEFA Europa League and it was one of the highlights of my career so far. I have joined United to do all I can to help the team reach the club's objectives.

“Having arrived on Tuesday, I’m excited to now be living in Manchester and I can’t wait for my first game in United’s famous red shirt. I will never forget my time with Athletic Club and I’d like to thank the fans and staff for all their support and, above all, wish all my fantastic former team-mates all the best for the future."

popular
The JOE Friday Pub Quiz: Week 314
Jeffrey Dahmer’s dad thinks he knows what’s to blame for son becoming a serial killer
Johnny Depp/Amber Heard trial movie unveils first trailer and it's not good
Community movie finally confirmed – though some major cast members are missing
An Oscar-winning war thriller is among the movies on TV tonight
“Megaproject” MetroLink takes next step towards construction
QUIZ: Can you name all the EU countries containing the letter "i"?
You may also like
4 months ago
BBC trainee accidentally posts message mocking Man United live on TV
1 year ago
COMPETITION: WIN a copy of Eric Cantona's new Manchester United documentary, The United Way, on DVD
1 year ago
Manchester United documentary written by Eric Cantona available to watch at home in Ireland this May
1 year ago
Marcus Rashford launches book club to help kids experience 'escapism' of reading
1 year ago
Paul Pogba releases powerful statement in response to 'fake news' from The Sun
1 year ago
The JOE Pub Quiz: Week 214
Next Page