Pics: Eusebio’s coffin laid out in the centre of the pitch at the Estadio da Luz

The final wish of one of the all-time legends of the game was granted before his funeral in Lisbon today.

The Benfica and Portugal legend died aged 71 at the weekend, with his passing prompting a flood of tributes from some of the leading figures in the game and reflections on what was a glittering career at club level – he scored over 727 goals in 715 appearances and won a hatful of trophies with Benfica – and on the international stage, where he scored 41 goals in 64 appearances for Portugal.

The Portuguese Government declared three days of mourning following his passing and Benfica fans were given one last chance to pay tribute to him ahead of his funeral today when, in accordance with his final wish, his coffin was transported around the stadium and laid in the centre of the pitch at the Estadio da Luz before the funeral service later in the day. 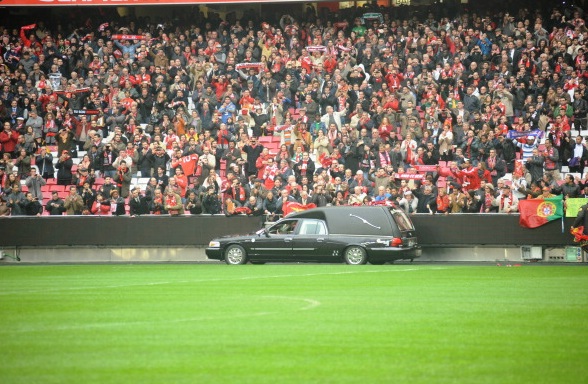 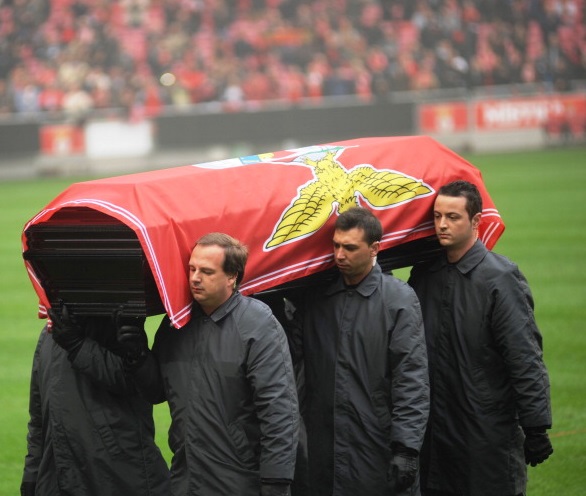 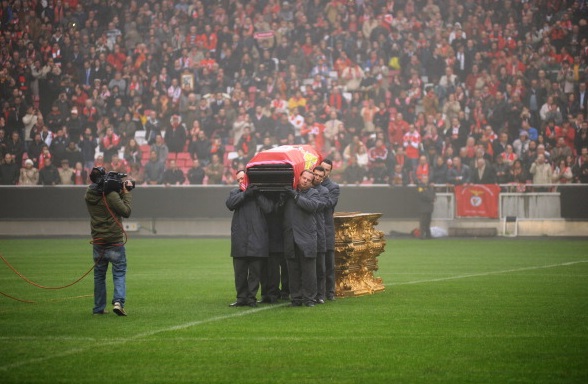 The level of worship commanded by Eusebio was also evident in the number of tributes surrounding his statue outside the stadium, with fans from other clubs as well as Benfica keen to show their appreciation for one of the all-time greats. 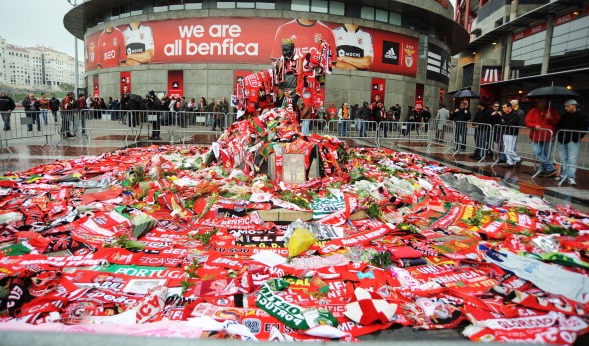 popular
Katherine Ryan says famous TV star is a ‘predator’ and everyone in industry knows
Very popular US fast food chain planning to open in Ireland
20 years ago, one of the best sci-fi movies of the 21st century was a box-office bomb
Surprise frontrunner emerges as potential next James Bond as producers 'love him'
QUIZ: Only the sharpest will get 100% in this General Knowledge test
The JOE Movie Quiz: Week 181
The JOE Friday Pub Quiz: Week 322
You may also like
9 months ago
Viewers praise Tommy Tiernan Show for “incredible” interview with Jack Kavanagh
1 year ago
Portugal has made it illegal for your boss to text you after work hours
1 year ago
World's longest pedestrian suspension bridge opens in Portugal
3 years ago
An Irish man has died while holidaying in Portugal
4 years ago
Ryanair cabin crew in five countries plan to go ahead with strike action next week
4 years ago
Department of Foreign Affairs release important travel information for anyone holidaying in Portugal
Next Page