Pics: Four Irish lads went on holidays and came back with Father Ted tattoos on their (fluffy) bottoms (NSFW)

We can think of better ways to pay tribute to one of the best comedies of all time. Drink, feck, (tattoo on the) arse.

Normally we are content to pay tribute to the fine, fine work of Graham Linehan, Arthur Matthews and the cast by reciting some of the show’s most famous lines ad nauseum, but four Irish lads went a step further when on holidays in Ibiza recently and got a tattoo of one of those famous lines ('Ted, you forgot your brick') ... on their arses. 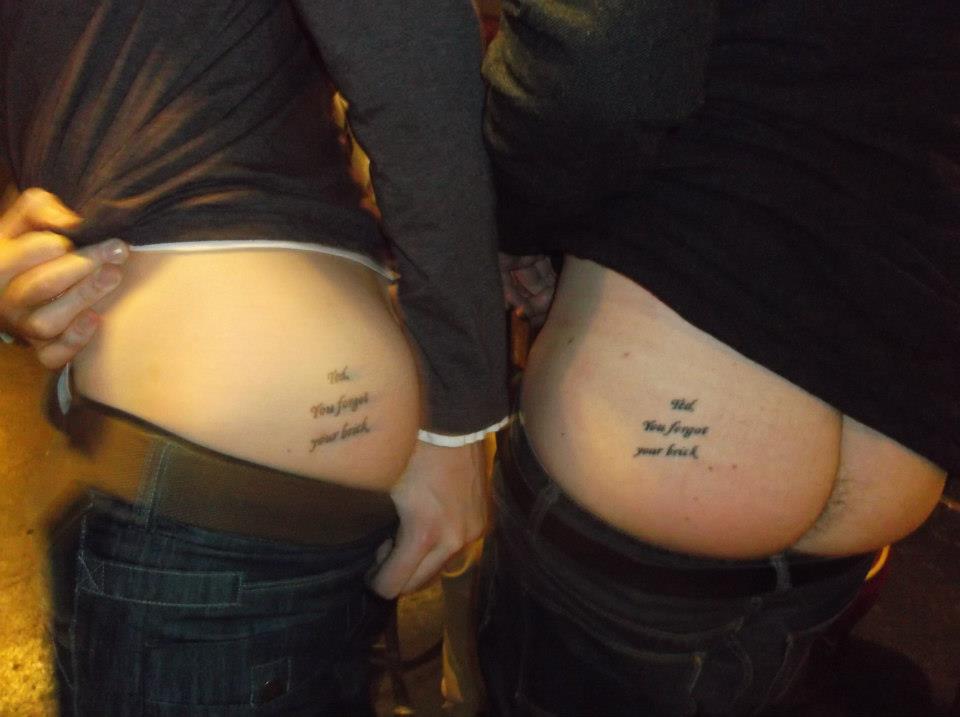 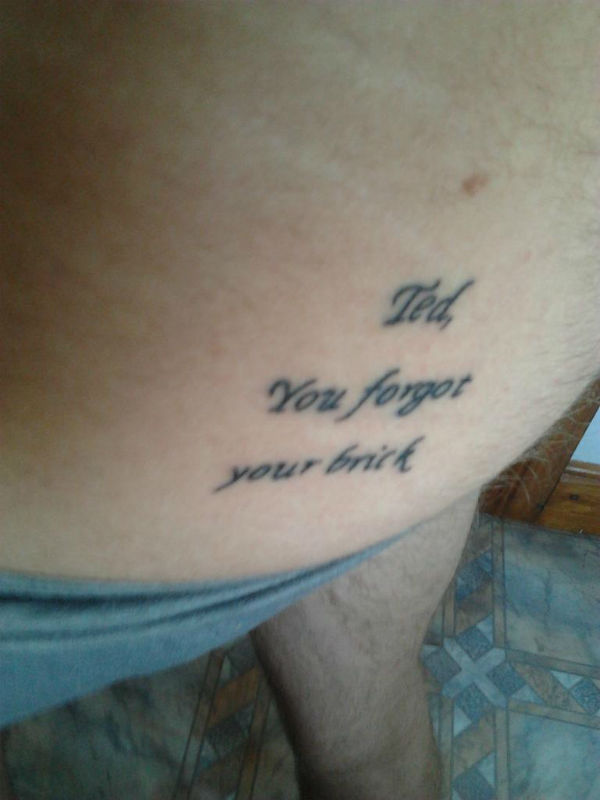 We don’t really know what to say in reaction to such an unconventional tribute but we are sure that one of Ted’s most famous lines certainly does NOT apply in this case...

The Big Reviewski || JOE · Cartoon Saloon's Tomm Moore & Ross Stewart on their incredible new film Wolfwalkers
popular
AIB to cut 1,500 jobs and close several Irish branches as part of cost-cutting measures
Sale of luxury castle in Kerry, described as "one of Ireland’s best kept secrets”, completed for €4.5 million
What the hell is 'Stomp and Holler', and why does Spotify insist that you love it?
Over 300 Ford cars recalled in Ireland over battery issue that could lead to vehicle fire
Documentary on Fungie's disappearance and The Den Christmas special among highlights of RTÉ festive schedule
Weather advisory issued for all of Ireland, with snow on the cards
We're sorry, but a new clip from Wild Mountain Thyme is on the loose
You may also like
4 months ago
The Father Ted tribute to Jack Charlton deserves to be watched today
5 months ago
Graham Linehan permanently suspended from Twitter
7 months ago
Father Damo to host a live virtual Father Ted quiz this weekend
7 months ago
Father Ted at 25: The Ultimate Father Ted quiz
9 months ago
Ranking the best fights between John and Mary from Father Ted
10 months ago
They're even coming from Gdansk to TedFest 2020 as the Father Ted festival releases more tickets
Next Page