They were nearly at each other’s throats last night, but having had a night’s sleep after THAT interview, Tony O’Donoghue and Noel King were the best of friends again today.

If you didn’t happen to catch the interview after the game last night, King took issue with some of O’Donoghue’s questions about the Irish approach and felt that he was denigrating the players when questioning the wisdom of playing Anthony Stokes and Kevin Doyle in wide positions.

It was an incredibly tense and uncomfortable interview and King was criticised afterwards by the RTE panel, who accused him of being immature and of an over the top reaction to a fair line of questioning by O’Donoghue.

Darragh Maloney tried to stand up for King at the time and the interim Irish manager received a fair degree of support on Twitter, where opinion was divided, with many taking King’s side and others agreeing with the stance of Giles, Sadlier and Dunphy in the RTE studio.

King has since admitted that he ‘lost the plot’ a little but there were no hard feelings between himself and O’Donoghue this morning, with the pair sharing a laugh and a handshake at an FAI press conference. 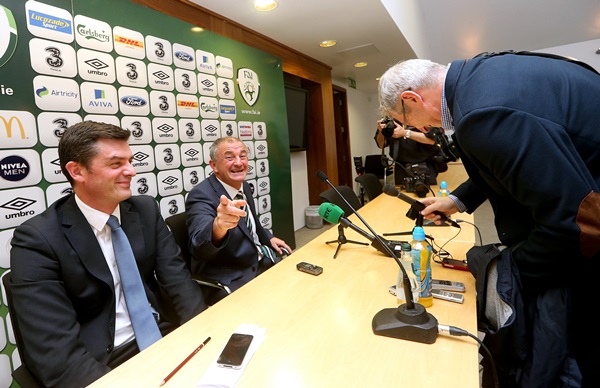 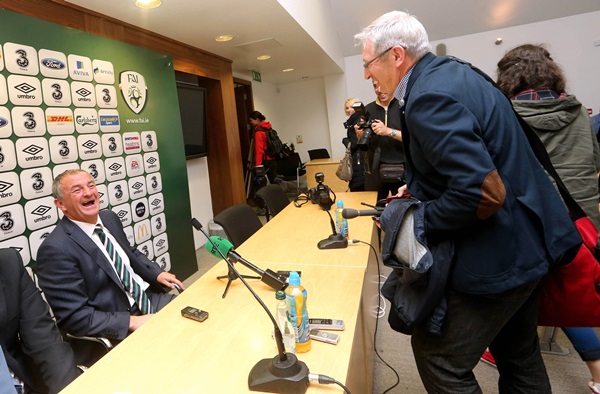 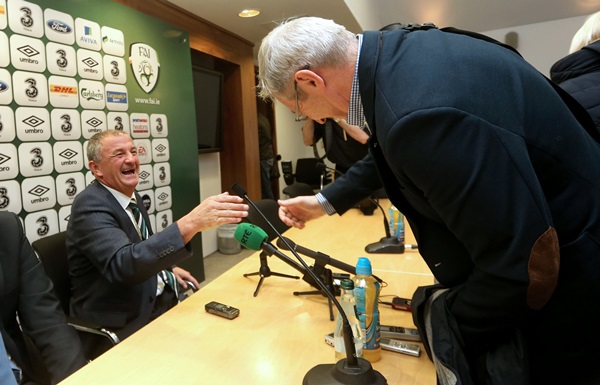 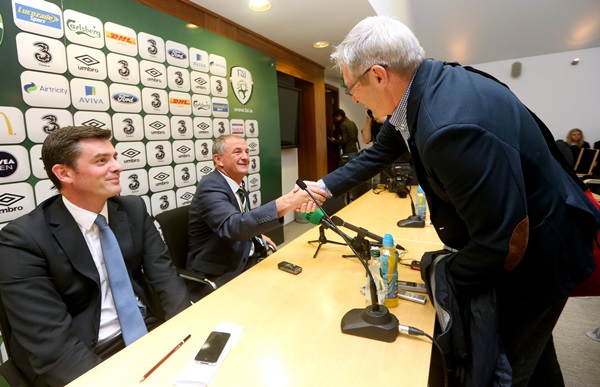 All pics via Inpho/James Crombie

popular
Woman killed in Clare crash named as Peggy Twomey, mother of Marty Morrissey
These are the most generous counties in Ireland, according to GoFundMe
Amazon Prime Video has quietly added 8 big new movies to its library
Every child in Direct Provision will get a Christmas present this year following fundraiser
A fun action flick with Nicolas Cage is among the movies on TV tonight
Schools and third level institutions to remain closed in counties affected by orange or red weather warnings
Dart+ West reaches "crucial milestone" on road to transforming Dublin rail network
You may also like
5 days ago
Here are all the movies on RTÉ this Christmas
5 days ago
A new Tommy Tiernan special and Adam King's animated show among highlights of RTÉ's Christmas schedule
2 weeks ago
Suspected sexual assault of unconscious patients at Irish hospital to be addressed on Prime Time
3 weeks ago
WATCH: RTÉ releases first look at this year's Late Late Toy Show
1 month ago
Antigen tests could used in primary schools as early as Christmas - Stephen Donnelly
1 month ago
Report into fatal R116 helicopter crash to raise "significant questions"
Next Page