The Enlightened from adidas are intended to capture light exposure from floodlights and help to stun the opposition. Whatever about the latter, the former is definitely true.

In a move towards a more traditional boot, the fancy footwear contains “innovative reflective technology” on the laces and three stripe logo and will be sported by the likes Mesut Ozil and Gareth Bale in the Champions League tonight and a whole host of adidas ambassadors have been wearing them in training all week.

Eagle-eyed viewers of the Premier League on Sunday may have noticed that Spurs striker Roberto Soldado gave fans a sneak preview on Sunday and they seemed to do the trick as he bagged his first goal from play in the top flight. 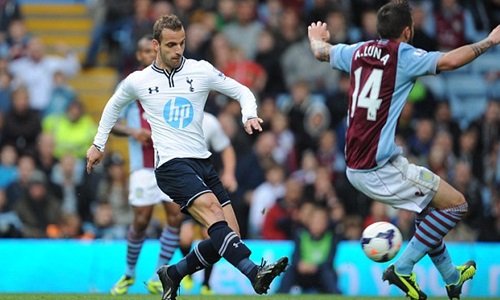 The new boots are certainly a far cry from Ronaldo’s Galaxy boots and should prove every bit as successful.

Here is a video of the hi-vis boots in action. 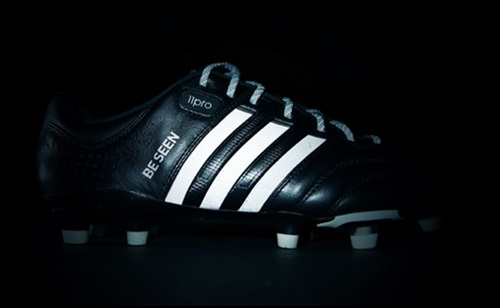 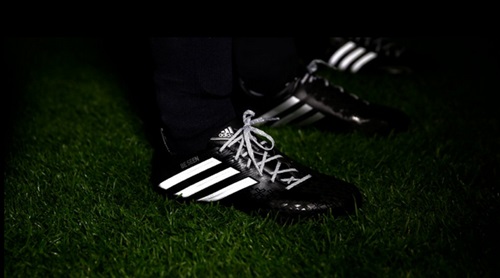 popular
Netflix has just added 33 very big movies to its library
The full list of cancelled flights in and out of Dublin Airport on Monday (so far)
QUIZ: Can you guess the crisps from the pixelated packet?
Six people dead after mass shooting at Fourth of July parade in Illinois
One of the coolest movies of recent years is now available to watch at home
QUIZ: It's time for one of our trickiest General Knowledge Quizzes yet
An underappreciated sci-fi blockbuster is among the movies on TV tonight
You may also like
5 years ago
Didi Hamann has a message for the "morons" about the nasty tackles in the Ireland V Wales match
6 years ago
11 over the odds transfer fees that made everyone stop and think WTF
6 years ago
Manchester United set to launch a massive bid for Gareth Bale
7 years ago
Video: Real Madrid star Gareth Bale pulls off an incredible basketball trick shot with his boot
7 years ago
The Real Madrid wage bill has been leaked and it's astronomical
7 years ago
Pic: Gareth Bale has provoked the ire of Tottenham fans with this supportive tweet to two Arsenal players
Next Page