All flights were grounded at Dublin Airport this morning after a small passenger plane landed on the main runway only for it's front wheel to buckle, causing the front of the plane to hit the tarmac.

A small Metroliner aircraft (an example of which is pictured above) crashed on the main runway of Dublin Airport this morning after the nosewheel of the aircraft became disabled after landing.

According to the Dublin Airport Twitter account, the plane only had two crew on board at the time, presumably the captain and his first officer, but thankfully, neither was seriously injured after the front wheel buckled causing the front of the plane to fall.

“The nose wheel has collapsed on the plane on landing at Dublin Airport,” a representative for the Dublin Airport Authority told Claire Murphy of the Evening Herald. “There is a wheel at the front of the plane when it lands. When this particular plane landed, it collapsed.” 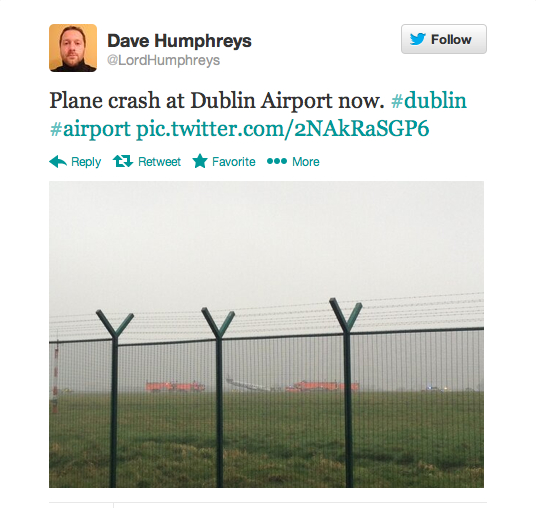 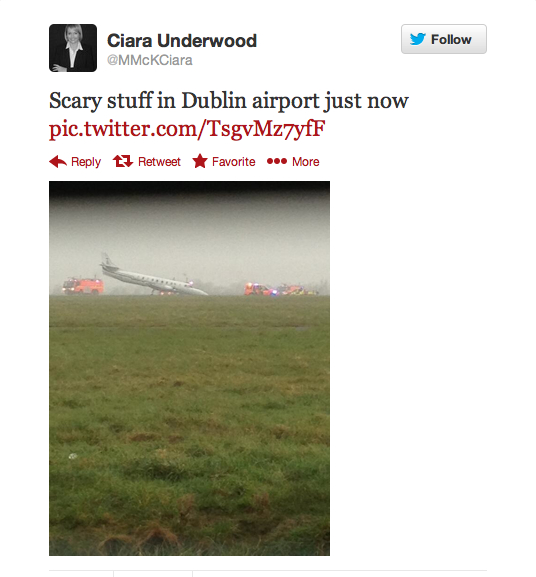 The Big Reviewski || JOE · The Big Reviewski with Ray Liotta, Goodfellas facts & Tom Hanks making us cry
popular
EU lorry drivers vow not to help UK get “out of the s**t they created themselves”
Netflix has just added arguably the very worst movie of the last decade
Energy supplies in Ireland entering "very tight situation", says Eamon Ryan
Four major employers join forces to create Ireland’s first remote working alliance
Here’s what graduates from Irish colleges can expect to earn in the workplace
Up to 90% of petrol stations in the UK have run dry
The JOE Movie Quiz: Week 121
You may also like
5 years ago
WATCH: This video showing 'hand-rolled ice cream' in Dublin is mesmerising
5 years ago
There's a new app that helps people find any food, drink or product they're looking for, locally
5 years ago
5 reasons why your business should 'pop-up' at one of Dublin's busiest stations
5 years ago
JOE BUSINESS: 3 great reasons you should pop-up in Dun Laoghaire this summer
5 years ago
This new app will help you keep track of the Luas strikes
5 years ago
TWEETS: Mixed reaction as Joan Burton steps down as leader of the Labour party
Next Page