Pics: Some cracking shots of Gareth Bale during and after THAT goal last night

The best goal of his career to date? Probably not. The biggest? It’s certainly up there.

Gareth Bale has enjoyed a pretty good start to his Real Madrid career to date, but as there will always be for the most expensive players in the world (see Ronaldo, Cristiano a few years back), doubts still existed about his ability to do it in the big games before the Copa del Rey final against Barcelona last night.

The Welshman helped put those doubts to rest with an amazing winning goal at the Mestalla last night, an astonishing display of pace as he burned Marc Bartra on the left wing before cutting inside and toeing it past Pinto in the Barcelona goal.

If you haven’t seen it yet, you really should, but to beat Bartra for pace despite the Barca defender nudging him as far over the touchline as he could was astonishing, as is evident in the picture below, with Gerardo Martino’s concern evident for all to see in the background.

Given the significance of the goal, it was celebrated wildly by Bale and his teammates afterwards, leading to some cracking pictures which we’re sure Bale wouldn’t mind putting on his mantelpiece if he can get a hold of them as mementoes of what will probably go down as the highlight of his career to date. 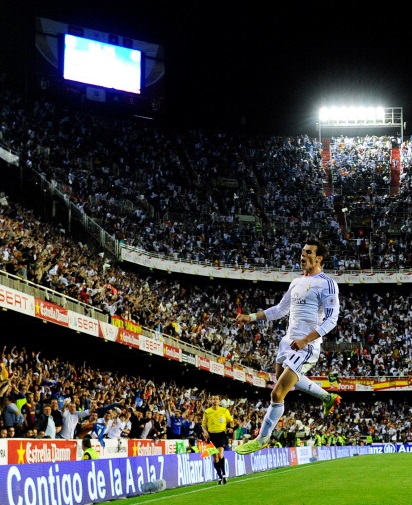 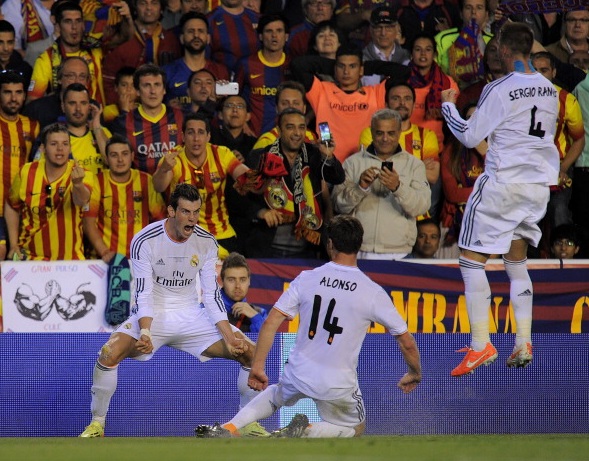 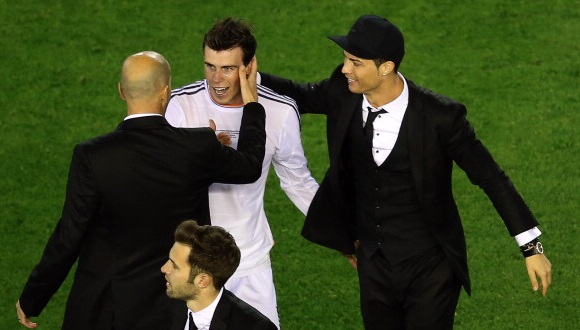 popular
Katherine Ryan says famous TV star is a ‘predator’ and everyone in industry knows
20 years ago, one of the best sci-fi movies of the 21st century was a box-office bomb
The JOE Friday Pub Quiz: Week 322
The JOE Movie Quiz: Week 181
QUIZ: Only the sharpest will get 100% in this General Knowledge test
QUIZ: JOE's Big News Of The Day Quiz #19
Angle grinder used to steal safe from security van in Dublin
You may also like
5 months ago
Merseyside police defend ‘exemplary’ Liverpool fans tear gassed by French police
3 years ago
QUIZ: How well do you remember Zinedine Zidane's playing career?
4 years ago
Mesut Özil hits out at "right-wing propaganda" in Germany following criticism for meeting Turkish President
4 years ago
Cristiano Ronaldo proves why he’s one of the greatest with late free-kick equaliser
4 years ago
Liverpool goalkeeper Loris Karius writes emotional apology to fans
4 years ago
Gary Neville has really twisted the knife into Liverpool's Champions League defeat
Next Page