Picture: Did you see the banner at Manchester City last night taking the p*ss out of David Moyes?

If there's one group of fans that are enjoying Manchester United's current predicament, it's their noisy neighbours

Manchester United fans have seen their team struggle a bit this season under new manager David Moyes, and while that's hard enough to take on its own, it can only be made that little bit worse by the fact that their big spending local rivals are having some great success with a new man at the helm too.

However, it's not all plain sailing for City as they lost last night to Chelsea, but that didn't mean that their fans didn't head to the match prepared with banners to poke a bit of fun at Moyes after another loss this weekend to Stoke. 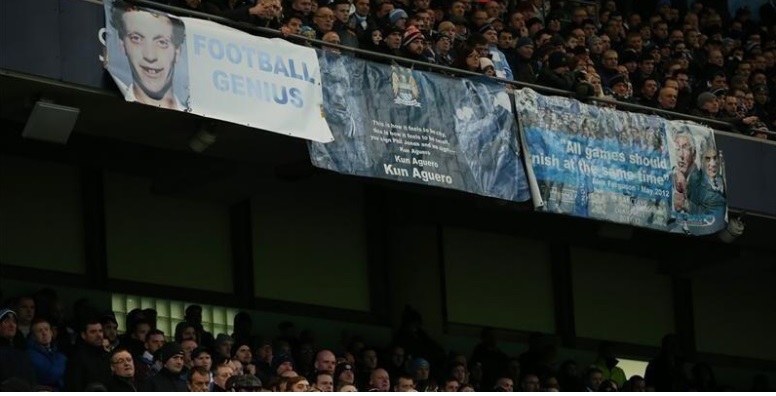 The banner isn't exactly the most sophisticated joke in the world, and there are two other ones making fun of poor ol' Phil Jones and his 'Phil Jones face' as well as a certain Alex Ferguson, who has never really been popular with City fans.