Picture: Luis Suarez stops to play football in the park with young fan who has Down Syndrome

A fantastic image that shows the other side to Luis Suárez

Luis Suárez has had a season to remember, not only for how brilliant he's been on the pitch, but for the fact that after a difficult summer and after serving a ban, he's on top form and has been on his best behaviour.

That has seen him become better liked across the board, and this picture, uploaded to a Liverpool subreddit on Reddit.com shows the striker in a great light.

According to the uploader, the picture was taken in a park in Liverpool with Suárez and his young cousin who is just seven-years-old and has Down Syndrome. Suárez approached the boy and his father who were playing football after spotting that they had a Liverpool ball, and began to have a kick around with the young boy. 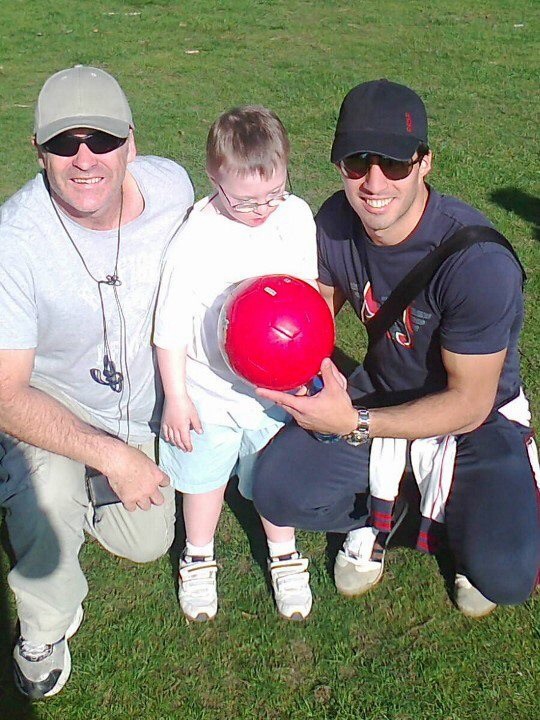 Redditor benjibean, who uploaded the photo gave some background to it, saying that at first the boy's father didn't realise who it was and thought he was messing around with his kid, before realising it was Suárez, and that the Uruguayan “was interacting with my cousin and letting him nutmeg him. Yes that's right, my seven year old cousin has nut-megged Suarez”.

His uncle then asked for the snap and the Liverpool star duly obliged, ball in hand and all. Although the picture was taken around the time of the Ivanovic incident in Calderstones Park in Liverpool, it was only uploaded last night, but has already become a hugely shared image already. It's a truly lovely gesture from the star, who has given the young boy a great memory that he will treasure for years to come.