Picture: The Liverpool squad are playing a bit of Aussie Rules Down Under

Liverpool players have been gathering for their preseason tour down in Australia, and they decided to try their hand at one of the local sports

Sub 'keeper Brad Jones tweeted out this picture of the lads having a kick of an Aussie Rules football with former players Cameron Ling of the Geelong Football Club and Luke Darcy, who works as an AFL pundit. 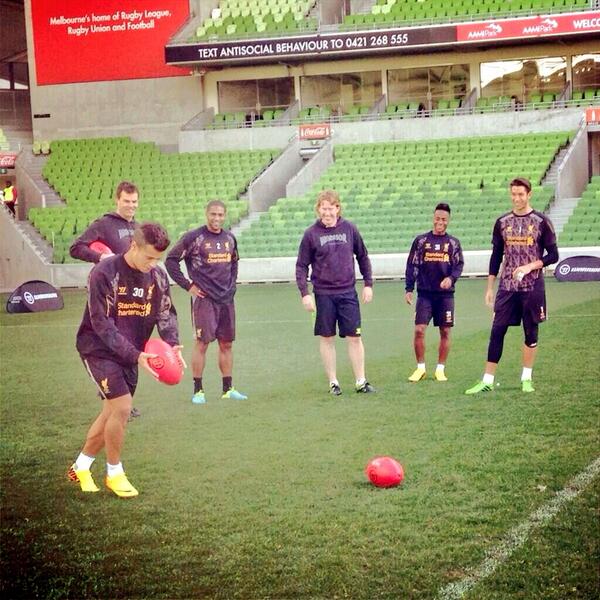 According to Brad, Philippe Coutinho had a bit of technique (we can well believe that), but it turns out that Raheem Sterling was absolutely useless. He doesn't look like he'd get on to well out on the pitch anyway, he doesn't exactly have the build of a Pearce Hanley.