Donegal tried to be patient and pick their openings for the opening period, but Monaghan had no desire to wait around as they tore in to the All-Ireland champions from the start, notching up a four point lead.

It was a hugely physical first half, with Mark McHugh coming off badly in a challenge with Stephen Gollogly, and the Donegal man was left with a concussion and a damaged ankle as a result.

Jimmy McGuinness' men thought that they had gotten their first score on the board after 20 minutes, only for that to be chalked off, and they would have to wait another ten minutes before they finally registered a point. 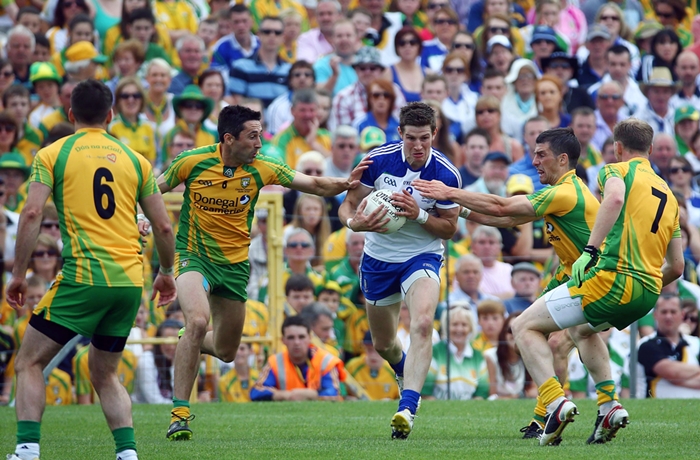 At the break, they were behind by three points, as Monaghan gave up another point before the whistle, with the score reading 0-05 to 0-02.

Donegal once again worked patiently to find a gap with the start of the second half, but Kieran Hughes reintroduced that sense of urgency to Monaghan with a series of fantastic points, to pull the score to 0-8 to 0-3. Donegal scuffed their own opportunities too, with two decent chances to grab some points and close the gap missed early on.

Michael Murphy almost grabbed a goal off a high ball into the box in the 55th minute, but it went just inches wide, as the misses began to rack up for McGuinness' men. 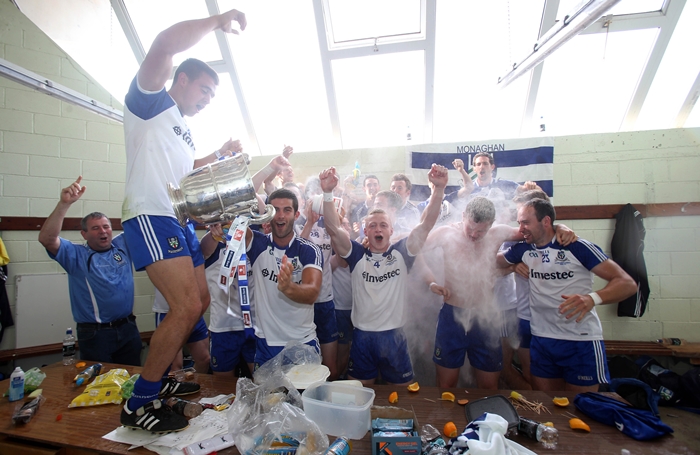 They were to be telling in the end, as the Farney held on to that lead right through to the final whistle, responding with points any time Donegal tried to peg them back, eventually running out 0-13 to 0-07 winners to lift the Ulster Football title for the first time in 25 years, an achievement that left supporters, players and management joyous. 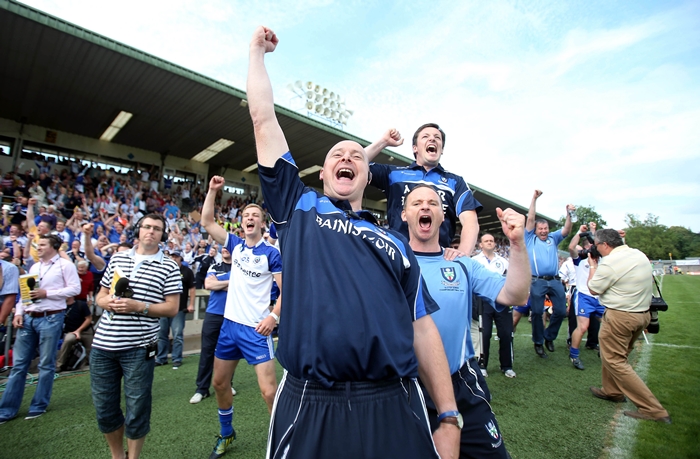 popular
County where winning Lotto jackpot ticket worth over €5.5 million was sold confirmed
Amazon Prime Video has just quietly added 15 big movies to its library
Netflix reveals full line-up of new shows and movies arriving in July
Met Éireann issues thunderstorm warning for 11 counties
Lidl announces six new warehouse clearance sales... for a limited time only
7 new and exciting Dublin attractions you need to try this summer
Friends co-creator says she's now "embarrassed" by the series' lack of diversity
You may also like
3 days ago
Taoiseach condemns "disturbing" fight at Galway v Armagh game
1 month ago
The 2 Johnnies share unbelievable catfish ordeal affecting over 40 people
1 month ago
Limerick hurler arrested following alleged altercation with Tipperary player in Limerick pub
2 months ago
Woman in her 20s dies after accident during Camogie match
8 months ago
Wicklow GAA to investigate fight after Under 15 match on Saturday
1 year ago
Post-match celebrations and a lack of social distancing at certain events put club game on hold
Next Page