The Portuguese side know how to do business...

It's been just over 10 year since Porto upset all the odds by winning the Champions League. The majority of that team became household names around Europe and a lot of them also made a truck-load of money for the Primeira Liga side.

That 2004 side included Deco, Ricardo Carvalho, Benni McCarthy, Maniche, Paolo Ferreira, Costinha and Jose Bosingwa who all earned big money moves, mostly to Chelsea, away from the club.

A lot of people thought that the break-up of that side would be the end for Porto but they've done something incredible. They have consistently produced and nurtured talented players which has seen them dominate the domestic league over the last 10 years.

That along with their prudent transfer policy and their tough negotiating skills has seen them make a whopping  €776 million in transfer fees. 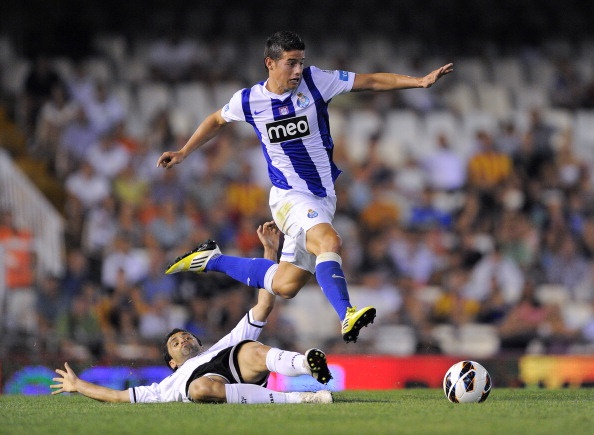 Here's a quick look at some of the players who have passed through the Estádio do Dragão since the days of Jose Mourinho and the transfer fees they've received.

We are wondering what goes on in a negotiation meeting between Porto and other clubs but there seems to be only one winner every time. The figures are incredible and the current squad contains the likes of Jackson Martinez, Bruno Martins Indi, Cristian Tello and Juan Quintero so expect there's plenty more money on the way.

popular
Amazon Prime Video has just quietly added 15 big movies to its library
An unforgettable sci-fi film is among the movies on TV tonight
WATCH: The first trailer for Blonde, the first adults-only movie made by Netflix
Gardaí issue update on investigation into murder of Sophie Toscan du Plantier
The 50 most iconic songs of all time* have been revealed
Travis Barker rushed to hospital after tweeting "God save me"
21 jokes that are so bad they're actually brilliant (but still quite bad)
You may also like
7 years ago
Video: This is how all superstar footballers should act around young fans
7 years ago
Voting process obviously* hacked as James Rodriguez beats Stephanie Roche to Puskas award
7 years ago
James Rodriguez has just scored an absolute wonder goal against Granada
7 years ago
Video: James Rodriguez scored a peach for Colombia last night
7 years ago
Vine: Cristiano Ronaldo and James Rodriguez have both scored great goals for Real Madrid today
7 years ago
GIFs: FIFA reveal the best goals of the 2014 World Cup
Next Page