This would be a hell of a signing if they can pull it off...

Racing Metro chairman Jacky Lorenzetti has gone on record saying he wants to bring All Black Dan Carter to the club next season.

The French side are on the look out for a new out-half after Jonny Sexton announced that'll he'll return to Leinster at the end of the current season and Carter is the man Racing want to fill the number 10 shirt.

Speaking to French radio station, Sud Radio, Lorenzetti says Carter is one their wanted list, "Dan Carter may be an opportunity to strengthen the club next season, if the coaches agrees." 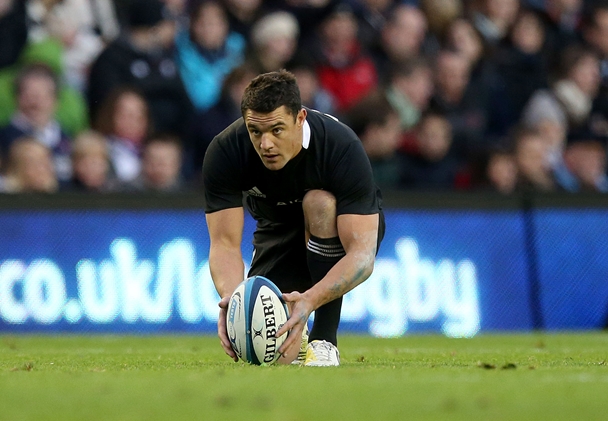 The 32-year-old had a previous spell in France with Perpignan back in 2008 but that didn't work out at all after rupturing an Achilles tendon which meant he only played five games.

We'll keep a close eye on this one as the campaign unfolds, how great would it be to see Carter ply his trade in the Top 14 and European Champions Cup for a season or two.

popular
The long-awaited MetroLink is finally happening, for real this time, honest
Waterford man sentenced to three months imprisonment for operating "cruel and illegal" puppy farm
Netflix has just added 33 very big movies to its library
The full list of cancelled flights in and out of Dublin Airport on Monday (so far)
QUIZ: It's time for one of our trickiest General Knowledge Quizzes yet
QUIZ: Can you guess the crisps from the pixelated packet?
One of the coolest movies of recent years is now available to watch at home
You may also like
1 year ago
Ireland set to be part of potential 2030 World Cup bid
2 years ago
QUIZ: How well do you remember the 2018 World Cup?
3 years ago
England World Cup-winning goalkeeper Gordon Banks has died, aged 81
3 years ago
England's World Cup win over Sweden led to record levels of alcohol poisoning
3 years ago
Netflix has added a must-see documentary series on the World Cup
3 years ago
FIFA to propose a new annual Club World Cup
Next Page