According to today's Daily Star, negotiations are at an advanced stage to bring Liverpool FC to Dublin for a money-spinning friendly against Shamrock Rovers in the Aviva on May 13.

Liverpool play Newcastle United on May 11 in their last Premier League fixture of the season, where they could conceivably be crowned as champions. In what would be a massive coup for the Dublin club, Liverpool could then arrive in Dublin to their many adoring fans as Premier League winners, bridging a gap of 24 years since their last title win (pic below). 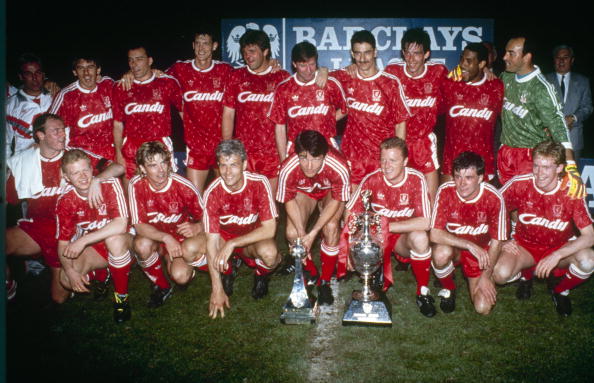 They played in the Aviva last August to a packed house in a friendly match against Celtic in what was billed as the Dublin Decider. It is believed that if Liverpool cannot come on May 13, then the date will be re-scheduled to late July or early August.

Hat-tip to Paul Lennon from The Star for breaking the story.

Update 5pm - we've been advised by Niall Swan from Extratime.ie that the match will be played on May 14th with full details being released tomorrow.

popular
Family of Ashling Murphy share heartbreaking tribute at Fleadh Cheoil
The JOE Friday Pub Quiz: Week 306
The JOE Movie Quiz: Week 166
QUIZ: Can you score 12/15 in this difficult General Knowledge Quiz?
QUIZ: Test your skills to the limit with this General Knowledge Quiz
One of the best Irish films of recent years is among the movies on TV tonight
The JOE Music Quiz: Week 116
You may also like
1 year ago
Five football documentaries to watch to kill time before the new Premier League season
2 years ago
In an uncertain world, David Luiz provides the reassurance we all need
2 years ago
Arsenal manager Mikel Arteta tests positive for Covid-19
2 years ago
People of Cork, the Premier League roadshow is coming to town
2 years ago
They're making a cartoon show about Manchester City for some reason
2 years ago
The Coca-Cola Premier League roadshow is coming to Galway this weekend
Next Page