Seoul long! It's like "so long" but we wrote "Seoul" instead because... ah, never mind.

Asia's most decorated footballer, Park Ji-Sung has announced his retirement from football citing health and knee-knack issues as his reasons. The South Korean international, who is a superstar in Asia and who had a glittering career at PSV Eindhoven and Manchester United, has called it a day.

At the relatively sprightly age of 33, the man from South Korea has decided to give himself a rest for good. He was the main man for South Korea in their heroic march to the World Cup Semi-Finals (pic below) on home soil back in 2002, under the guidance of Guus Hiddink. 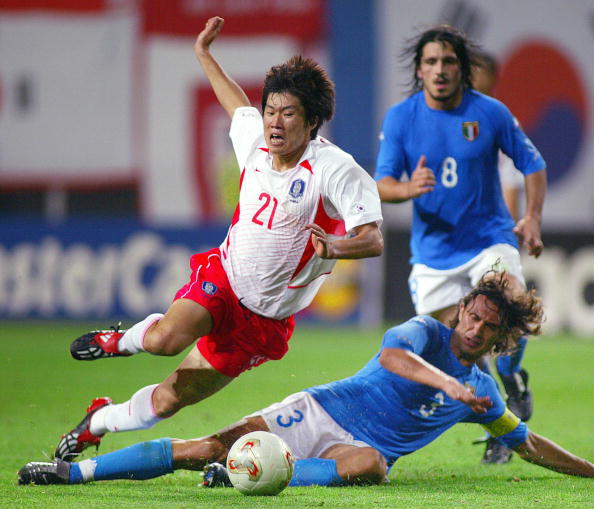 Hiddink was so impressed by Park's marathon man capabilities that he brought him back to Europe to play for PSV Eindhoven. He quickly became a crowd favourite there and soon came to the attention of Alex Ferguson at Manchester United. The former United manager was dazzled by his Duracell bunny-like stamina and willingness to run forever that he brought him to Old Trafford 2005. 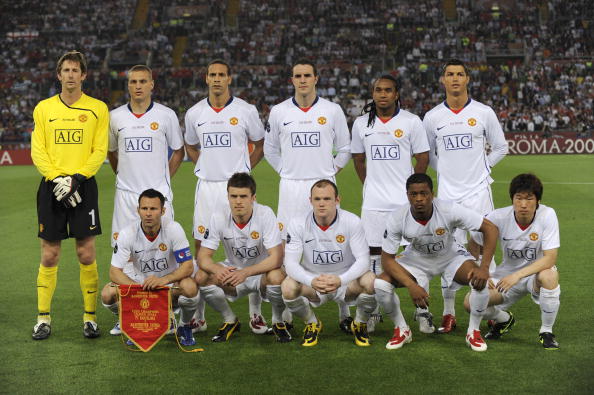 Park, although never the most technically gifted player, was a workhorse in the middle of the pitch. He was gloriously nicknamed 'Three Lung Park' such was his endurance levels and, despite never being a regular at United, his refusal to sulk and throw hissy-fits was refreshing and nice to see. He became the first ever Asian player to play in the Champions League Final (pic above) when he started in United's 2-0 defeat to Barcelona in 2009.

In 2012 he left United to join QPR, but injuries unfortunately restricted his appearances there. He then went back to former club PSV on loan in 2013 and he has remained there until this recent announcement.

Park Ji-Sung, here at JOE we salute you and wish you well in your retirement. (We're pretty sure he's reading this...)

popular
QUIZ: Can you name all the counties in Ireland without the letter 'E'?
Nearly 100 flights delayed at Dublin Airport on Monday
WhatsApp introduces way to choose who can and can't see you're online
QUIZ: Can you get top marks in this short but tricky Irish geography quiz?
Netflix has just added an incredibly tense 97-minute thriller
The JOE Friday Pub Quiz: Week 306
RTÉ tries to solve Michael Collins murder in new documentary
You may also like
2 months ago
BBC trainee accidentally posts message mocking Man United live on TV
1 year ago
COMPETITION: WIN a copy of Eric Cantona's new Manchester United documentary, The United Way, on DVD
1 year ago
Manchester United documentary written by Eric Cantona available to watch at home in Ireland this May
1 year ago
Marcus Rashford launches book club to help kids experience 'escapism' of reading
1 year ago
Paul Pogba releases powerful statement in response to 'fake news' from The Sun
1 year ago
The JOE Pub Quiz: Week 214
Next Page