After another defeat at the weekend, this time to his former club Everton, Manchester United boss David Moyes looks to be facing increased pressure as rumours that he is about to face the sack begin to circulate.

Both The Guardian and The Telegraph are both reporting that the Manchester United boss will be sacked, and sooner rather than later. 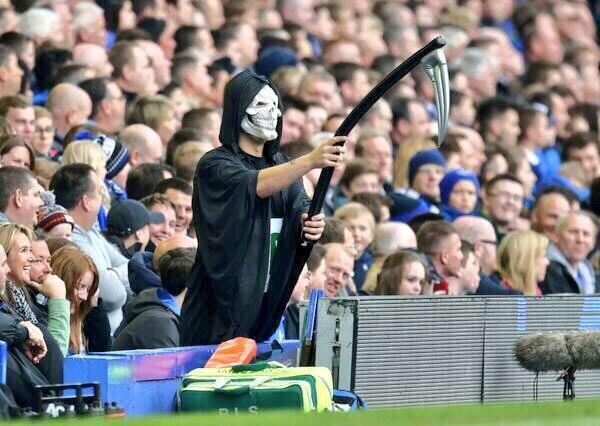 This isn't the first time in recent weeks that Moyes' job has come under pressure, after there were rumours that the Glazers had lined up Louis van Gaal to replace him, but now his is not the only name on the list.

Should he be shown the door before the end of the season, as is appearing likely going by the reports, Ryan Giggs may be asked to take temporary charge, with a list of high profile names being lined up in the summer for the job, including Jürgen Klopp, Diego Simeone of Atlético Madrid and Paris Saint-Germain's Laurent Blanc.

The problem for Moyes seems to be that the board has lost confidence after the team's poor performances, and as they have shown no signs of improvement this season, they are unsure as to whether he should be the man to rebuild the squad this summer.

The news may be made official soon, and may have the desired effect on the stock of the club, which has taken a dip since the rumours broke a short while ago.

popular
Gardaí unveil new Armed Support Unit vehicles to replace older models
One of the greatest crime movies of all time could be getting a sequel
Netflix has just added 33 very big movies to its library
The full list of cancelled flights in and out of Dublin Airport on Monday (so far)
NOW announces large reduction to its monthly membership prices
Fish and chips could be removed from Irish menus over rising fuel costs
Increase in passenger charges at Dublin Airport may be on the way
You may also like
1 month ago
BBC trainee accidentally posts message mocking Man United live on TV
1 year ago
COMPETITION: WIN a copy of Eric Cantona's new Manchester United documentary, The United Way, on DVD
1 year ago
Manchester United documentary written by Eric Cantona available to watch at home in Ireland this May
1 year ago
Marcus Rashford launches book club to help kids experience 'escapism' of reading
1 year ago
Paul Pogba releases powerful statement in response to 'fake news' from The Sun
1 year ago
The JOE Pub Quiz: Week 214
Next Page