Like the cleaning of a house, it never ends, as the Rooney/United/Fabregas/Arsenal transfer saga rumbles on this morning

Depending on who you want to believe this morning, Fabregas is going to have his wages doubled and join Manchester United (The Sunday Mirror), Arsenal and Manchester United have begun a bidding war over his services (The Daily Star) with the latter upping their offer to £30 million (plus incentives), or the Premier League champions have given up on getting the Barcelona man and have instead switched their attention to Yohan Cabaye of Newcastle to solve their midfield problems.

All of that means very little to Wayne Rooney, who all the papers seem to be pretty certain is joining Chelsea. According to The Sunday Times, Chelsea are willing to table a £40 million offer for the striker who has been unhappy at Manchester United recently, and his wages would be close to £200,000 a week. The Sunday Telegraph agree with that version of events, but The Sunday Express claim that they'll only let him go if they can get both Fabregas and Bale in the door at Old Trafford. 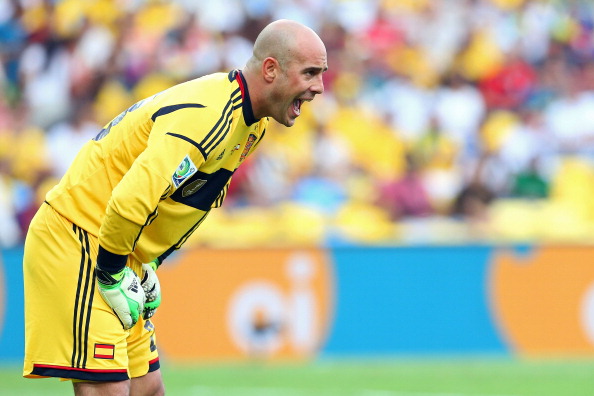 Pepe Reina's move to Napoli is still not finalised according to reports, as Liverpool are hoping for what The Liverpool Echo describe as a "serious offer". El Mundo Deportivo are reporting that the one year move will be a stop-gap for the Spaniard, who will then move on to Barcelona once Victor Valdes leaves the Catalan club and has already agreed a transfer fee with the Anfield side. Liverpool have also been told by Chelsea to forget about buying Ryan Bertrand this summer as he's not for sale. 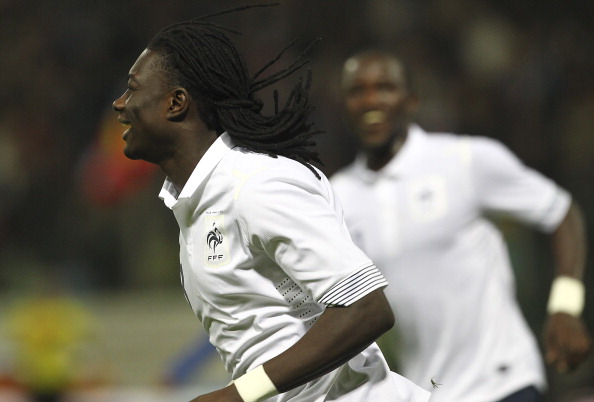 Newcastle are looking to buy two players from Ligue 1 (totally out of character) focusing their attentions on Bafetimbi Gomis and Andre-Pierre Gignac.

Gonazlo Higuain was apparently set to join Napoli, but they haven't been willing to stump up the fee that Madrid were looking for (€40  million) so they've decided to go back and chat to Arsenal again. According to Marca, this is all part of a fiendish plan where Madrid sell a number of players (Conetrao, Callejon, Albiol and Garay, as well as scooping a few quid from the sale of Negred0) to total €100 million, and then drive a dump truck full of money up to White Hart Lane, planning to take Bale away with them.

Chelsea are still hoping to lure Dider Drogba back to Stamford Bridge with a move that would see him take up a role as both player and coach on Mourinho's staff. The big man would need to be lured away from Galatasaray with a fair wedge of cash too we imagine having only signed last season for the Turkish side, but that might not be a problem for Chelsea.

In other news, according to TV3 (the one in Spain, not the one here) Luis Enrique is the man that the Barcelona board have chosen to replace Vilanova as Barcelona manager. Claudio Ranieri, the manager of newly loaded Monaco, has put the frighteners on every club manager in the world by stating that "the window isn't closed yet" and stated that he'll chat with the president after their next preseason game. Chris Hughton hopes to sign either Juventus forward Fabio Quagliarella or Sampdoria's Maxi Lopez for Norwich, Yannick Sagbo could be joining Premier League newcomers Hull and Tottenham plan to break their transfer record to sign Roberto Soldado for about £18 million.
It's been a long week of working, sweating in the heat and watching sports, so the last place we want to be is in the kitchen. Don't worry though, let the lads at Supermacs look after all the grub, they've even sorted you out a discount. Just click on the logo below.

House of Rugby Ireland · Quinn Roux on finding a home in Ireland and Mike McCarthy brings the absolute HEAT!
popular
QUIZ: Can you name all of these countries just from one of their cities?
The 50 most iconic songs of all time* have been revealed
The JOE Movie Quiz: Week 86
Police called to illegal rave to find pensioners queuing for vaccine
Spanish woman mistakenly believed to have died from Covid returns to care home
The JOE Friday Pub Quiz: Week 227
People think they've figured out the ranking of the viewers on your Instagram Stories
You may also like
2 months ago
Gini Wijnaldum shares his favourite gym exercises for building abs of steel
3 months ago
Armed police close gym near Liverpool after owner refused to shut doors
11 months ago
Jurgen Klopp sends brilliant letter to 10-year-old Manchester United fan from Donegal asking him to stop winning
1 year ago
Seán Cox will move to England as he steps up his rehabilitation programme
1 year ago
Woman gives birth during Pink gig, names baby in her honour
1 year ago
QUIZ: How well can you remember the 2018/19 Premier League season?
Next Page