Swansea ball boy's jacket from the Eden Hazard incident sells on eBay for £28,000

Someone with a lot of spare cash on their hands has spent £28,600 on ball boy Charlie Morgan's coat, which he was wearing during the infamous incident with Eden Hazard from the Capital One Cup way back in January.

Morgan was good enough to slap his autograph on it too, as pictured here from the eBay listing. 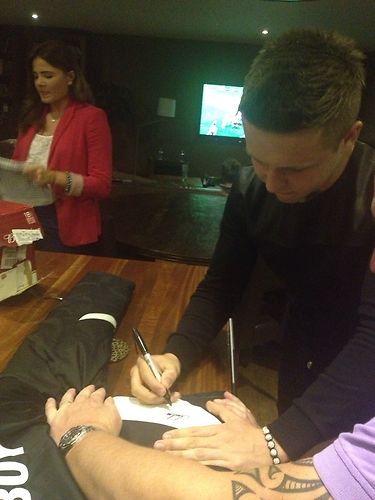 To be fair though, the money all goes to cancer charity Maggies Cancer Centre and the RNLI, so fair play to all concerned for organising the fund raising, we imagine it scooped a good bit more than they thought it would. 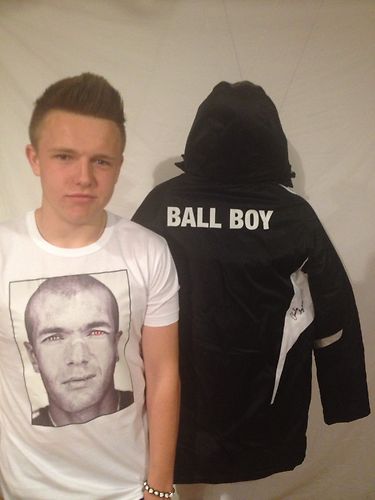 The postage was a bit spicy at £7 (you think they'd throw that in for the guts of £30k), but the winning bidder will get a certificate an authenticity from Swansea Football Club. However, it seems that the lads couldn't convince Hazard to sign the jacket, for some reason. We wonder why...

Hat-tip to Pat Kiernan on Facebook for sending this in

popular
Netflix has just added an incredibly tense 97-minute thriller
Irish people could be treated to spectacular sights in the sky over the next few nights
Prime Video has just added 25 very big movies to its library
Eamon Ryan's mother dies in tragic accident on family holiday
Teenager airlifted to hospital after being seriously injured in Clare tractor crash
The Sweatiest Movie Quiz Of All Time
Four Irish food businesses were served with closure orders in July
You may also like
4 months ago
Roman Abramovich 'suffered suspected poisoning' following Russia-Ukraine peace talks
2 years ago
Here's how to get tickets to Coca-Cola's last Premier League roadshow
3 years ago
"Are you talking about a man who took a 6th place Derby from the Championship, to 6th place in the Championship?"
3 years ago
QUIZ: Name these former Liverpool and Chelsea players
3 years ago
The Football Spin on Maurizio Sarri's problems and have Chelsea handed Manchester City the title?
3 years ago
The Football Spin on the Rafa Benitez conundrum, Chelsea's chance for glory and how English football anticipated Brexit
Next Page