The Brady Bunch: How those who debuted the last time Ireland played Oman have fared since

The last time Ireland played Oman was back in 2012 and Robbie Brady, Darren Randolph and Alex Pearce all made their international debuts. We look at how far they've come since then. 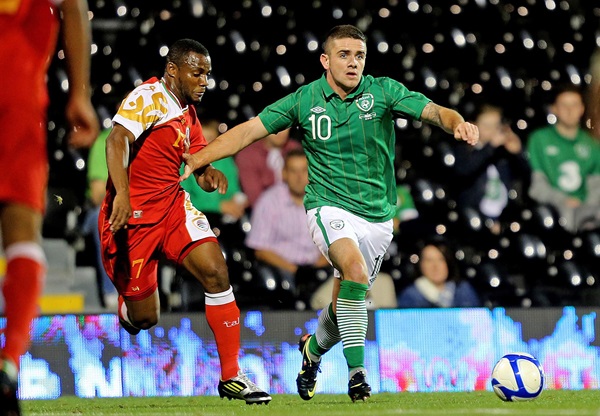 Robbie Brady (pic above) is probably the most high-profile player of the trio and the one most likely to cement a place in the current first team set-up under Martin O'Neill. The Hull City player missed a lot of last season because of injury but he remains highly rated by Tigers boss Steve Bruce.

Since that debut against Oman he has signed permanently for Hull City having been on loan with them for a season and a half from Manchester United. The left-sided winger who can also play in defence has a beautiful left foot and is a bit of a dead ball specialist. He'll remember that debut fondly as he scored one and set up two in a 4-1 win for Ireland at Craven Cottage.

Brady helped Hull win promotion to the Premier League and scored three league goals in their first season back in the top-flight before succumbing to hernia and groin problems which required surgery and subsequently ruled him out of the majority of the season. He played in Hull's recent Europa League match against Lokeren and is being eased back in by Steve Bruce. Brady is a talented lad and at 22 he could very well become a regular for both club and country in the years ahead. 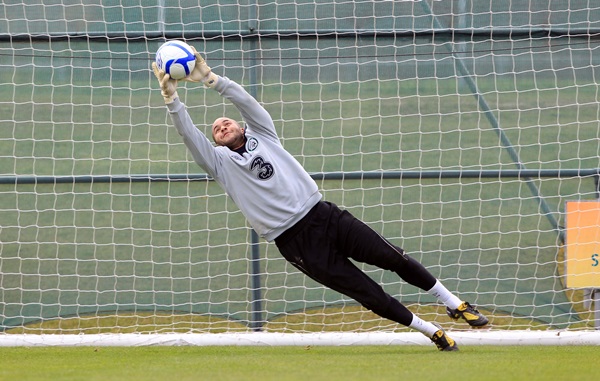 The Bray native has been part of the Republic of Ireland set-up since making his debut back in 2012 against Oman. He has since moved from Scottish side Motherwell to Championship club Birmingham City. The 'keeper has since made one more appearance for Ireland in a 2-0 defeat to Spain in June 2013. Randolph is seen as the understudy to both David Forde and Kieran Westwood, but he has shown himself to be a more than capable deputy winning plaudits for his displays at St Andrews.

Interestingly enough, he has not started in either of his appearances for Ireland, coming on as substitute in both matches. Another interesting point is that because both of these games were friendly matches, Randolph can still play for the USA, the country of his father's birth. The 'keeper has played for Ireland since under-15 level, but with Tim Howard taking a year long sabbatical from international football, perhaps Jurgen Klinsmann could be enquiring about his availability. 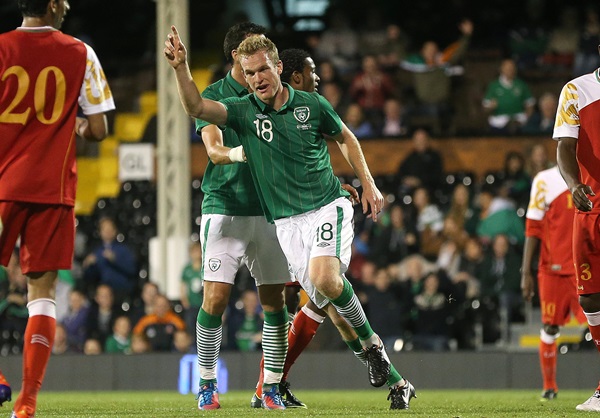 Alex Pearce, along with Robbie Brady will remember his debut against Oman fondly as he too scored (pic above) in the 4-1 win. Despite playing for Scotland at under-21 level he openly declared his wish to play for Ireland and would have been thrilled to open his international account on his debut. Pearce is a one club man having played his whole career at Reading and has since gone on to make more appearances for Ireland in matches against Poland, Italy and Portugal.

He's a good solid defender and with Richard Dunne now retired from the international scene, he could well be the one to partner John O'Shea at the heart of the Irish defence when the European qualifiers come around.

The Republic of Ireland play Oman on September 3rd at the Aviva and you can get tickets by clicking right here.

popular
The long-awaited MetroLink is finally happening, for real this time, honest
Waterford man sentenced to three months imprisonment for operating "cruel and illegal" puppy farm
Netflix has just added 33 very big movies to its library
The full list of cancelled flights in and out of Dublin Airport on Monday (so far)
QUIZ: Can you guess the crisps from the pixelated packet?
One of the coolest movies of recent years is now available to watch at home
QUIZ: It's time for one of our trickiest General Knowledge Quizzes yet
You may also like
2 years ago
COMPETITION: Win four tickets to Republic of Ireland v Denmark
3 years ago
“Shane Duffy is right now everything for Ireland. His defence keeps us in it & when Denmark score, who steps up?”
3 years ago
Read John Delaney's full opening statement to Oireachtas Committee
3 years ago
The Football Spin on change at the FAI, Declan Rice's smart move and why Ireland fans should be angry
3 years ago
The Football Spin Heartbreak Valentine's Day Declan Rice Special
3 years ago
"You cheeky bollocks!" - The key takeaways from Mick McCarthy's first press conference as Ireland manager
Next Page