Irish and Everton midfielder James McCarthy has emerged as one of Louis van Gaal's top transfer targets, according to reports from SkySports.

Manchester United have been linked with a lot of high profile players, who mostly play for a club called Bayern Munich, but Sky Sports are telling us that their sources have indicated that Everton's James McCarthy is wanted at Old Trafford by Louis van Gaal. 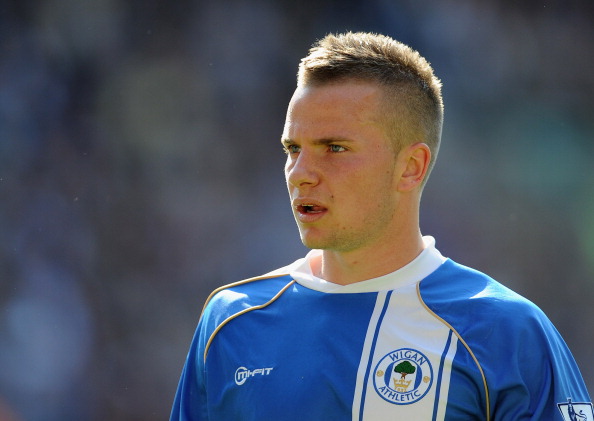 McCarthy has had a brilliant first season with Everton and had a major role in securing their fifth place in the table. Their sources are claiming that United will offer money plus Tom Cleverley (pic above) to secure the Irish midfielder. Everton boss, Roberto Martinez is a known fan of Cleverly following his loan stint at Martinez's previous club, Wigan Athletic.

We shall watch this one with a lot of interest.

Update 2pm: And so our interest ends as Sky have now deleted the story from their site. Funny one that.

popular
Here is a list of every Bank Holiday in Ireland in 2023
QUIZ: Guess the movie from the movie poster
Nicola Bulley's phone found by the river 'could be a decoy', diving expert suggests
Woman dies from hypothermia after telling doctor she 'couldn't afford heating'
5 years ago, Hollywood took a massive gamble on a huge sequel... and lost big time
One of the best crime thrillers ever is among the movies on TV tonight
The Last Of Us Episode Five will premiere days earlier in Ireland and UK
You may also like
8 months ago
BBC trainee accidentally posts message mocking Man United live on TV
1 year ago
COMPETITION: WIN a copy of Eric Cantona's new Manchester United documentary, The United Way, on DVD
1 year ago
Manchester United documentary written by Eric Cantona available to watch at home in Ireland this May
2 years ago
Marcus Rashford launches book club to help kids experience 'escapism' of reading
2 years ago
Paul Pogba releases powerful statement in response to 'fake news' from The Sun
2 years ago
The JOE Pub Quiz: Week 214
Next Page