Transfer Talk: Balotelli to Livepool in doubt, Torres to Roma and United interested in Xabi Alonso

If today's transfer talk was to take a lie detector test, the machine would explode into tiny fragments.

The very posh and esteemed publication that is The Times are reporting that Fernando 'barn door' Torres could be on his way out of Stamford Bridge and winging his way to the Eternal City  to play for Roma. That is, of course, if he manages to find the exit door. 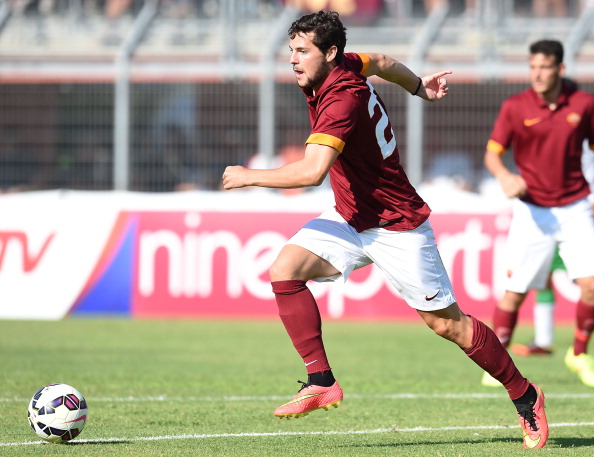 Chelsea are trying to negotiate a swap deal involving the much coveted Roma striker Mattia Destro. Roma are alleged to have said 'Eh, excuse me Chelsea, but Destro scores goals and you want us to swap him for Torres who last scored a goal, eleven years ago?' This won't end well.

Liverpool, by all accounts, are chasing Mario Balotelli. Such is their lust for having a slightly unhinged striker, they are in serious negotiations to bring the Italian nutjob to Anfield. Not quite claim the Star who believe the deal is off after AC Milan refused to sanction a 'good behaviour' clause into the terms of the deal.

That's right, a good behaviour clause. Liverpool obviously are aware of Balotelli's propensity to set fireworks off in his house etc and are slightly concerned he might do something ridiculous while at Anfield and are looking to cover themselves. AC Milan on the other hand reckon it's a given that he'll do something mental and have refused to sanction it. Expect Balotelli to sign any minute now. 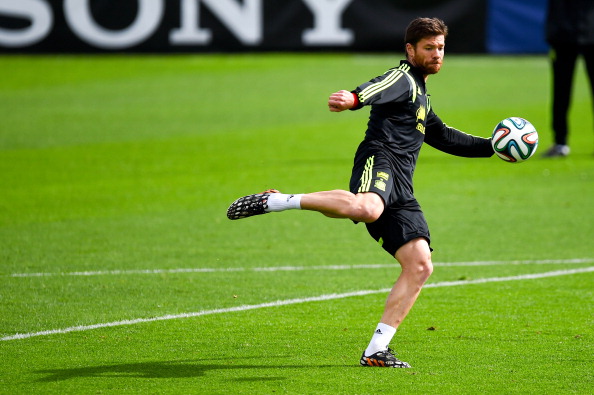 Manchester United have been linked with 34,876 players in the last few weeks, but a new name has come into the equation this morning. The Express reckon that they are giving ex-Liverpool and current Real Madrid midfielder Xabi Alonso (pic above) the glad eye.

Real Madrid are top heavy in the midfield department following a raft of signings and Alonso could be brought in by Van Gaal to add experience to their non-existent midfield. I bet Liverpool fans are delighted.

Keeping it surreal and Manchester United, Spanish publication Mundodeportivo reckon that United could be on the verge of signing Angel Di Maria from Real Madrid. They've even gone as far as to say that the deal could be concluded within the next 48 hours. A fee of 70m euros is said to have been agreed between the clubs. Expect Di Maria to sign for PSG within days. 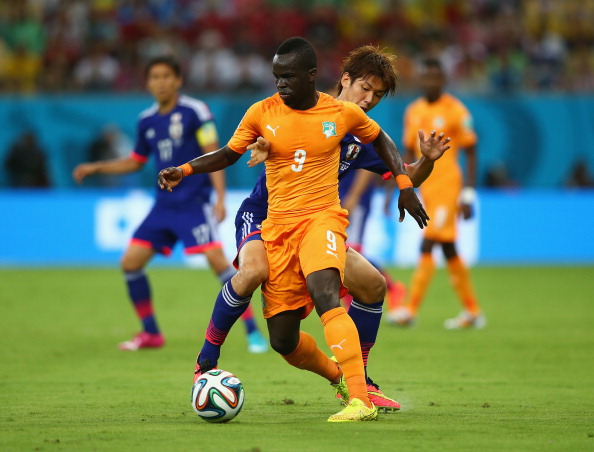 Arsenal are joining in the myth and fantasy too with the Daily Star claiming they will beat off competition from Lokomotiv Moscow to sign Newcastle's Cheick Tiote (pic above). Arsene Wenger doesn't fancy shelling out wads of cash for Khedira from Real or Carvalho from Sporting and has decided to go for Tiote who was in the bargain section instead.

Arsenal have also told Galatasaray they will sell forward Lukas Podolski but that they can think again if they think they can sign Joel Campbell, according to the Mirror. The Turkish club want to sign both players in a £22m deal, but Arsenal are not interested in selling Campbell. Podolski has become a fans' favourite since arriving at the Emirates from Cologne for £11m in 2011. Mainly because he spends most of his time sitting in the stands alongside the fans, but that's neither here nor there.

We're off to get some popcorn for the Mario Balotelli show.

popular
The JOE Friday Pub Quiz: Week 242
Here are the best movies on TV this evening
Kate O'Connell lays into Fine Gael in explosive Claire Byrne interview
"I'm not apologising to anybody." Eoghan Harris calls banned anonymous Twitter account "benign"
COMPETITION: Win a star-gazing camping adventure to the stunning Aran Islands for you and your housemate
"Giant" piece of Chinese rocket set to hit Earth this weekend
The 50 most iconic songs of all time* have been revealed
You may also like
6 months ago
Gini Wijnaldum shares his favourite gym exercises for building abs of steel
6 months ago
Armed police close gym near Liverpool after owner refused to shut doors
1 year ago
Jurgen Klopp sends brilliant letter to 10-year-old Manchester United fan from Donegal asking him to stop winning
1 year ago
Seán Cox will move to England as he steps up his rehabilitation programme
1 year ago
Woman gives birth during Pink gig, names baby in her honour
1 year ago
QUIZ: How well can you remember the 2018/19 Premier League season?
Next Page