Transfer Talk: Bender, Sanchez, Debuchy off to Arsenal, Vidal and Janmaat to United and Ashley Cole off to everyone

Arsenal are the big movers in today's transfer talk.

Arsenal fans have always criticised their club's unwillingness to flash the cash, but they'll be enthused this morning to see themselves linked with three players who could make a big difference this season.

The Daily Telegraph are reporting that French fullback Mathieu Debuchy from Newcastle is practically a done deal and that a fee for Chilean maestro, Alexis Sanchez (pic below) has been agreed with Barcelona of around £32m. 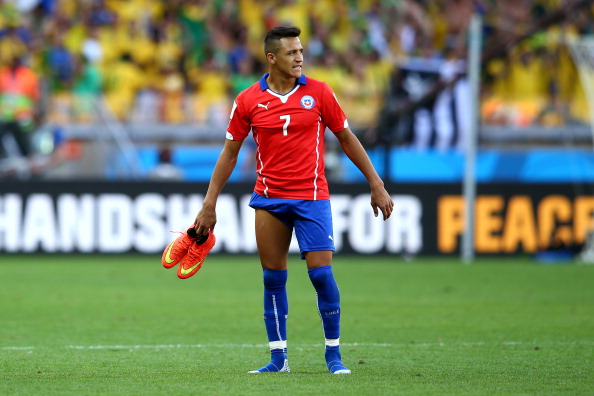 Liverpool were hoping to leverage Sanchez into the Suarez deal, but it is thought that he doesn't fancy the move to Merseyside as he apparently has an aversion to shell suits and perms.

Arsenal aren't stopping there, oh no. They have now set their sights on German midfielder Lars Bender from Bayer Leverkusen. He was the subject of a £19m bid from Arsenal last season and although he signed a new contract with the German club, Arsenal are hoping to finally land their man and add him to their 37 other midfielders. Strength. In. Depth. 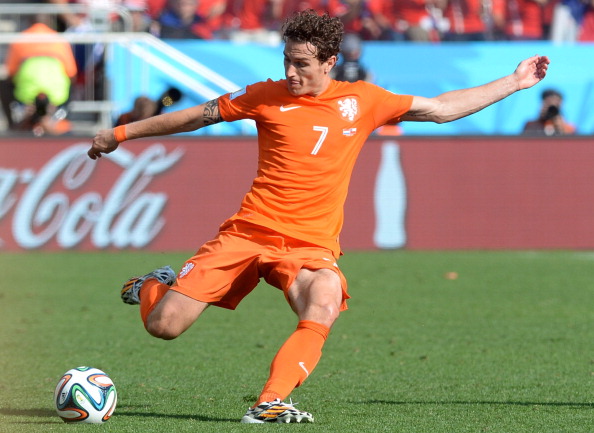 The Metro claim that Manchester United will have to increase their offer of £4m to £7m if they want to land Feyenoord's right-full Daryl Janmaat (pic above). United have been linked with every single player in the Dutch squad it seems and today it's the turn of Janmaat.

The Manchester Evening News reckon that Nani will be offered as part of the deal to land Chilean midfielder, Arturo Vidal. Nani (pic below), who has played for United for the last few years racking up a total of two half decent games is said to be on his way out of the club and he plus £40m could help them land the brilliant Vidal from Juventus. 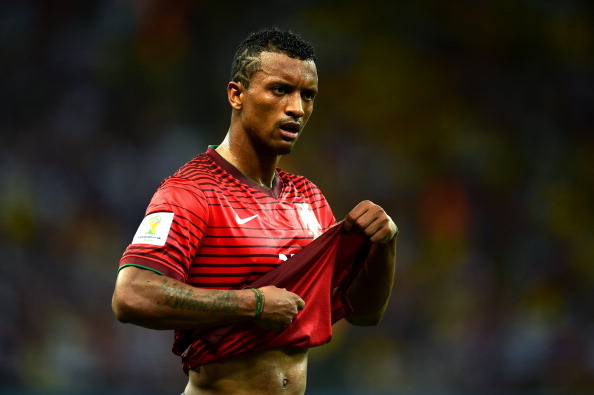 Ashley Cole, the much loved Chelsea and former England full-back is talking to a lot of clubs. No, he hasn't had a breakdown at the local golf club, he is being courted by a few European clubs. When we say courted, we mean, clubs are interested in signing him, they are not bringing him out to dinner and showering him with expensive perfume. At least, we don't think so.

It looks as though the lovable rogue could be off to Rome to play for Roma. So that's what Roma stands for! Who knew? Talksport reckon Cole could be on his way to the Eternal City in a three year deal which means he'll be 54 when his contract ends. 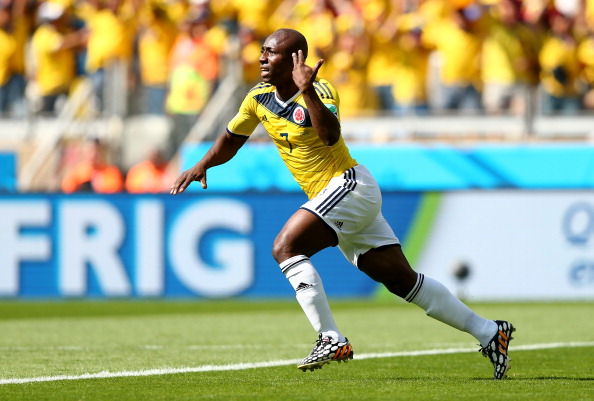 Ronald Koeman is looking to fill a Luke Shaw sized hole in his Southampton team by making a move for Colombian left-full, Pablo Armero (pic above).

The Napoli player, who has been hugely impressive in Colombia's hugely impressive World Cup campaign is available for £5m, according to the Daily Mirror. Armero scored Colombia's first goal at the World Cup, netting against Greece and being the man who orchestrated the groovy dance celebrations which went viral. So, they are signing a proper player and an even better choreographer. 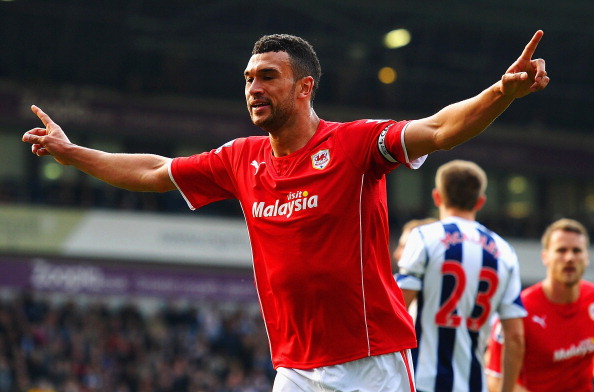 In other news, The Daily Express say that QPR have had a bid accepted for Cardiff's Stephen Caulker (pic above) and that it is now up to the player to see if he fancies working alongside Harry Redknapp. That's Caulker staying at Cardiff so.

The Sun reckon that Hull have beaten other giants, QPR, Crystal Palace and West Ham to the signing for Michael Dawson for £4m and Chris Baird is expected to sign for West Brom, according to the Birmingham Mail. Like anyone cares.

We're off to get dance lessons from Pablo Armero.

popular
The JOE Friday Pub Quiz: Week 296
Lidl to launch its second 'reverse vending machine' in Ireland next week
The 2 Johnnies share unbelievable catfish ordeal affecting over 40 people
Bruce Springsteen adds extra Dublin date due to demand
Here are all the chippers taking part in National Fish and Chips Day
ABBA reunite on stage for the first time in four decades
Transphobia isn't funny; it's dangerous, and no "comedy special" can change that
You may also like
3 days ago
BBC trainee accidentally posts message mocking Man United live on TV
1 year ago
COMPETITION: WIN a copy of Eric Cantona's new Manchester United documentary, The United Way, on DVD
1 year ago
Manchester United documentary written by Eric Cantona available to watch at home in Ireland this May
1 year ago
Marcus Rashford launches book club to help kids experience 'escapism' of reading
1 year ago
Paul Pogba releases powerful statement in response to 'fake news' from The Sun
1 year ago
The JOE Pub Quiz: Week 214
Next Page