The worm has turned as Newcastle lose one of their players to France, while Tom Ince continues to inch towards the exit door.

Yohan Cabaye has been lured away from Newcastle by a £19 million transfer offer from Paris Saint-Germain. Insert jokes about French player, Newcastle and Ligue 1 here at your own convenience, or if you think they're still funny. Cabaye will be a huge loss to the Magpies and Pardew, who seemed pretty resigned to losing him at the weekend after the Frenchman stated that he wanted to leave for Champions League football. Whether or not Mike Ashley fancies reinvesting the money from the transfer in the squad remains to be seen, but we reckon we already know the answer to that. 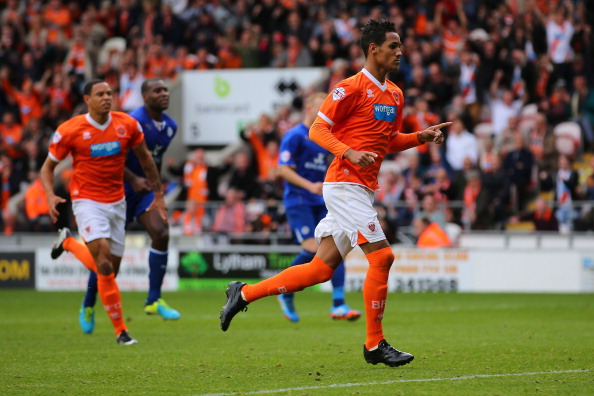 Tom Ince is incontrovertibly inching away from Blackpool, and it would be inconceivable and incompetent of us to assume that it would not incontestably incur a fee for whichever club buys him. Those are all the words we know that being with 'inc-'. Anyway, his aul fella got the sack recently at his current club, and with the likes of Monaco and Liverpool interested in his services, Swansea are still awaiting a response from the talented winger according to The Sun. The Swans are looking for a loan move, but a permanent deal may be on the table from one of his other suitors, which is holding up the deal.

Speaking of Monaco, they need a striker after Radamel Falcao tore his ACL, and they have been sniffing around the Premier League to try and find a replacement. There are currently two names on their shortlist, one being Manchester United's Javier Hernández, while the other is Dani Osvaldo of Southampton, who it's fair to say hasn't quite settled yet in the team. He had a bit of a bust up with a team mate last week, and Twitter believed that he had a sword on him at the time, so if he isn't gone by the end of the week, then Southampton are going to fine him up to £250,000. Inter Milan and Valencia are also both interested in taking the Argentine/Italian too, so his exit looks increasingly likely.

Juan Mata's transfer to Manchester United was the big move that fans at Old Trafford had been waiting for, but it might have a downside for them too. Their pursuit of Southampton's rising star Luke Shaw has been a poorly-kept secret, but it seems that Chelsea may in fact beat them to his signature using the £37 million that they paid the London Club for the Spaniard. However, Mauricio Pochettino has stated that he has no plans to sell him either in January or the summer, so Mourinho may have to wait and have that money burn a hole in his pocket for the next few months. 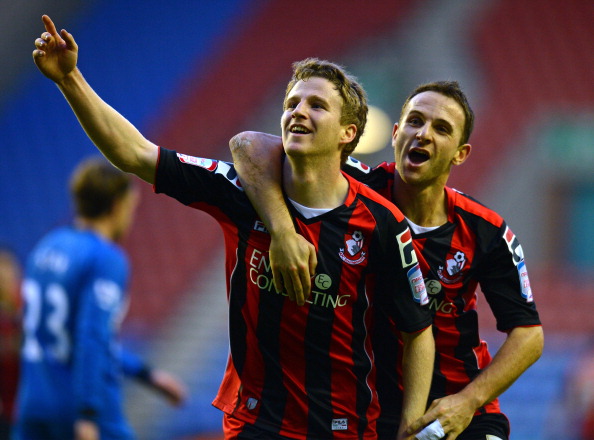 In Irish news, The Mirror are reporting that Paul Lambert is planning a swoop (a trusted manoeuvre for those involved in the business of transfers) for Bournemouth's Irish midefielder Eunan O'Kane, who impressed on the weekend against Liverpool. Norwich also noticed the player's display and have expressed an interest, but Bournemouth boss Eddie Howe is ready to up his wages in order to keep him at the club.

In other news, Arsene Wenger has been promised a £100 million transfer budget if and when he signs a new deal with the club; Adel Taarabt has been told that he can pretty much do one by Fulham boss René Meulensteen; Tony Pulis is still hopeful he can get free agent Momo Sissoko in before the deadline; Daniel Agger might be rejoining old boss Rafael Benitez at Napoli, provided that Gokhan Inler moves in the other direction; Etienne Capoue could also be headed to Napoli after an improved bid, given that their first offer was rejected a few weeks back; West Ham have pulled out of a deal with Osasuna for Raoul Loe after they got Antonio Nocerino on loan; and finally, José Mourinho would consider selling Thibaut Courtois to Atlético Madrid if he can get Diego Costa in exchange.

popular
Netflix has just quietly added 30 big movies to its library
Man in his 40s dies following assault at funeral in Kerry
23-year-old Irishman killed in action in Ukraine, family confirms
Amazon Prime Video has just added 37 big movies to its library
One of the best dramas of the 2010s is among the movies on TV tonight
It took five long weeks, but The Rings Of Power is finally fantastic
Condé Nast Traveller reveals its list of the top 10 hotels in Ireland
You may also like
1 month ago
Nine-year-old girl shot dead in Liverpool
4 months ago
Merseyside police defend ‘exemplary’ Liverpool fans tear gassed by French police
10 months ago
Police issue warning over CCTV footage of Liverpool bomb explosion
10 months ago
Liverpool bomb declared a terrorist attack as police confirm fourth arrest
10 months ago
Liverpool bomb: Taxi driver "locked bomber inside car" after spotting explosives (Report)
1 year ago
Gini Wijnaldum shares his favourite gym exercises for building abs of steel
Next Page