Transfer Talk: Suarez off to Barcelona, Sanchez battle between Arsenal and Liverpool and United linked with Carvalho

The Luis Suarez transfer to Barcelona reports are gathering momentum and it seems only a matter of time before the deal happens.

Several media outlets are reporting that 'productive talks' between Liverpool and Barcelona took place yesterday. "The talks were productive, with sensible expectations on both sides," an Anfield source told Press Association Sport. "Further talks and discussions will take place in due course. Nothing is finalised as of now."

Liverpool are said to want something in the region of between £70m-£80m for the Uruguayan striker and a fee of £72m has been mooted in some quarters. There has also been talk of Alexis Sanchez (pic below) being included in the deal, but it is thought that the Chilean player doesn't fancy a move to England at this stage of his career. 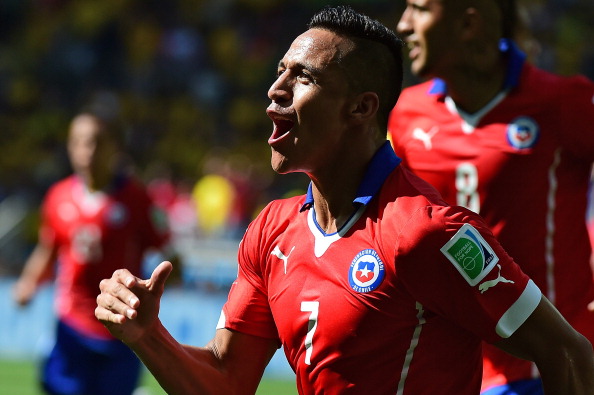 Despite reports of Alexis Sanchez's apparent reluctance to come to England, that hasn't stopped the Daily Mail running with the story that both Liverpool and Arsenal are set to fight to the death for the Chilean's signature. Arsenal want to offer £22m and Liverpool will offer £30m. I'm not sure Arsenal understand auctions.

They also say that Sanchez is a boyhood Manchester United fan and that if they were to come into the equation, he would rather go there. Make of that what you will. We expect Sanchez to either stay at Barca or sign for Juventus. 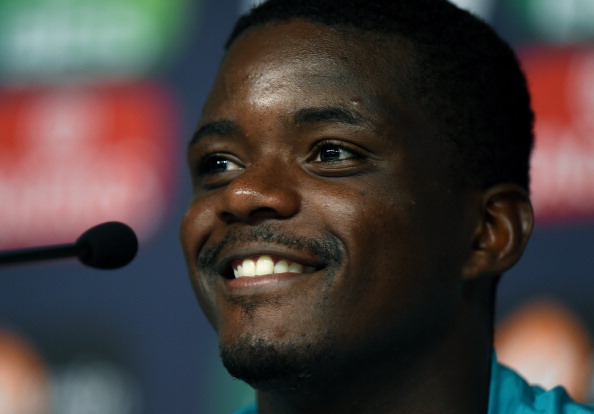 The Daily Express are saying that Sporting Lisbon are happy to sell William Carvalho (pic above) to Manchester United provided they meet the player's buyout clause currently set at £37m. United have been linked with the Portuguese midfielder for over a year now and have a good relationship with the Lisbon club.

He played during Portugal's fairly dismal World Cup campaign and to be honest, he didn't look to be worth £37m. Having said that, Cristiano Ronaldo didn't look like the best player in the world out in Brazil, so perhaps we're too quick to judge. 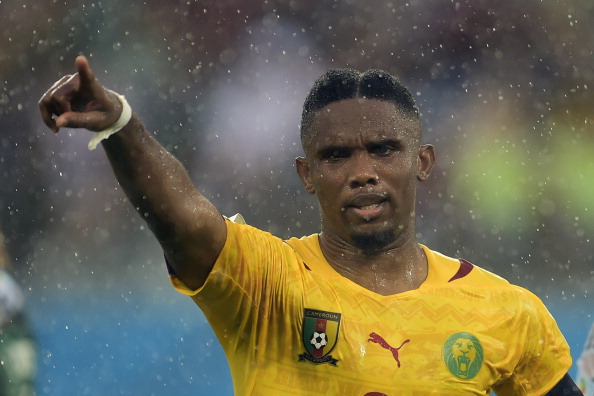 Talksport are telling us that Samuel 'the zimmer frame' Eto'o (pic above) could stay in England with both Arsenal and Everton fancying the cut of his wrinkly jib. Despite his maturity, he has embraced social media and took to Twitter to say, "Italy? Spain? France? UK? Turkey? USA?????" Now, he could have been listing countries that have the best elderly care, but it is thought that these are the countries he has had offers from.

The striker quite fancies playing in the Champions League again so that would suggest that Arsenal are in the driving seat. Arsene Wenger has always admired Eto'o and a shock move could be on the cards. It's not though. Get real here people. 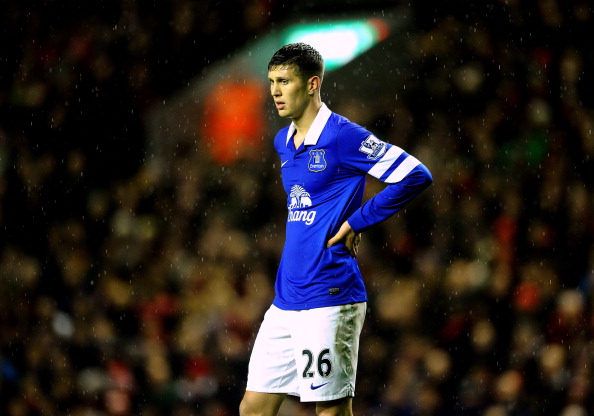 The Sun are telling us that Everton have rejected an approach from Spurs for their young central defender, John Stones (pic above). Stones, who looks like the love child of Mick Jagger and Ian Brown, has had a hugely impressive debut season for the Merseysiders and now all of a sudden, Spurs have come in all guns blazing thinking they're all that and demanding Everton sell him to them. Everton have told them to sling their hook and now Spurs have gone off in a huff and were last seen hiding under their pillow in their bedroom listening to The Smiths.

In other news, The Daily Express are saying that Southampton have no intention of letting Dejan Lovren join Liverpool while Talksport say that Juventus will try to sign Manchester City's central defender Matija Nastasic on a loan deal as cover for the injured 33-year-old Italy international Andrea Barzagli.

We're off to help Arsenal install a chairlift at the Emirates.

popular
QUIZ: Can you name every county in Ireland containing the letter 'O'?
The JOE Friday Pub Quiz: Week 295
Morgan Freeman has been banned from entering Russia
Three people injured after two-car crash in Dublin
An exciting Predator prequel and 6 more big trailers you might have missed this week
An '80s action classic is among the movies on TV tonight
Late Late Viewers left in awe of Paul McGrath's memories of Jack Charlton
You may also like
6 months ago
Police issue warning over CCTV footage of Liverpool bomb explosion
6 months ago
Liverpool bomb declared a terrorist attack as police confirm fourth arrest
6 months ago
Liverpool bomb: Taxi driver "locked bomber inside car" after spotting explosives (Report)
1 year ago
Gini Wijnaldum shares his favourite gym exercises for building abs of steel
1 year ago
Armed police close gym near Liverpool after owner refused to shut doors
2 years ago
Jurgen Klopp sends brilliant letter to 10-year-old Manchester United fan from Donegal asking him to stop winning
Next Page