Transfer Talk: Zidane urges Spurs to let Gareth be a Daydream Bale-leaver, while McClean looks likely to become one of the Bhoys

Zidane encourages Bale to follow his dreams, and it appears that James McClean's days at the Stadium of Light are numbered

We awoke this morning to check the newspapers and were shocked, nay dismayed, to see that there was speculation about the future of Gareth Bale. Up until this point we had no idea that he was even involved in a transfer saga...

Anyway, it seems that all the papers have agreed on the fact that Zinedine Zidane has pleaded with Tottenham to let the Welshman follow his dreams and move to Real Madrid. According to The Sun the sporting director of los blancos also issued an ominous statement along the lines of he might not get another chance if he doesn't talk to them now. The Daily Mail are calling this a "seduction" (saucy) although we are yet to see any photos of Zizou turning up at White Hart Lane with a fine bottle of wine, while the The Daily Express claim that Madrid are willing to break the bank to get him. Funny that, we thought the banks were already broke in Spain.

Daniel Levy, however, has other ideas, and won't let Bale go for anything less than £125 million or a deal involving Luka Modric, the man who tried everything in his power to get away from Tottenham not so long ago. Makes perfect sense. 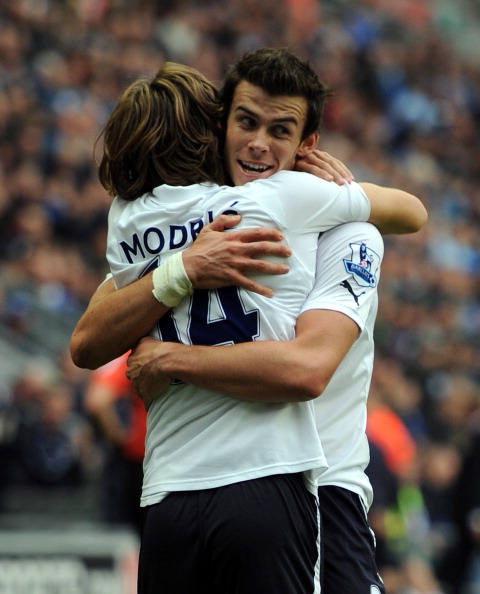 Another (and even more ridiculous) piece of transfer gossip involving Tottenham now has them poised to enter the race for Luis Suarez if they sell Bale, using their huge pile of cash to meet the asking price of £55 million from Liverpool. Good thing Spurs are in the Champions League so they can lure him away with that particular carrot, eh? It seems Arsenal will also have to meet that price if they want to get the Uruguayan, but he has apparently dropped his threat of asking for an arbitrator from the Premier League to get involved to sort out his move away from Anfield.

David Luiz has also become a transfer target for Bayern Munich, but they've been told to keep adding more money to the initial price, and are now looking at having to fork over £60 million for the Sideshow Bob lookalike. He may not be the only one on the way out of Chelsea however, as Valencia are planning what has been universally described as an "audacious" bid for Fernando Torres. We presume they mean audacious because it would definitely be taking a risk to sign a striker who has scored 15 league goals in two and a half seasons.

The Metro are reporting something which must make sense only in silly season, and that is that Chelsea are hoping to profit from the fact that Real Madrid are buying a player from Tottenham to get their hands on Sami Khedira. Not quite sure how that works, but here's a diagram we've spent hours putting together which might help to explain it. 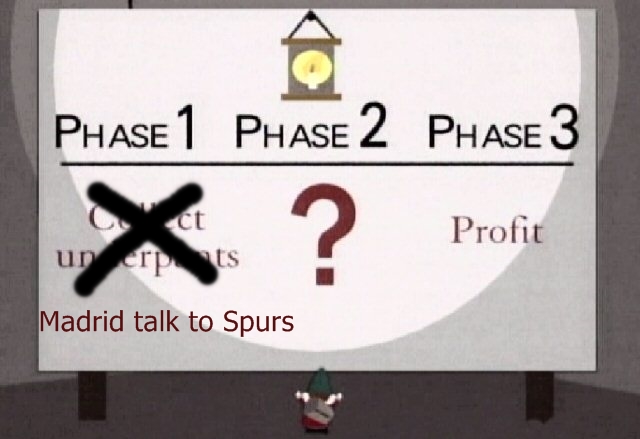 Liverpool have been in pursuit of another striker (in order to replace the surely departing Luis Suarez) for the last while, and it seems that Salomon Rondon of Rubin Kazan is the man they want. However, it's not going to be plain sailing for the club as Borussia Dortmund look to be getting involved again to snatch another player from their grasp. Meanwhile, they've managed to complete a loan deal for Benfica left back Lorenzo Malgarejo with a view to a permanent deal.

In Irish news, Sunderland are very close to signing Charis Mavrias of Panathinaikos, which would clear the way for James McClean to leave the club, according to The Daily Mirror. It seems pretty clear that Di Canio doesn't have McClean as part of his plans, and Celtic may add him to the ranks, along with Kevin Doyle, if they can up their offer for the Waterford man.

James McCarthy, meanwhile, has been linked with a move to Everton to re-join Roberto Martinez, which is a real shock. Former boss Martinez has lined up a £15 million bid, but the newly-relegated Wigan are asking for at least £20 million for the Irishman, so this one might drag on a bit yet.

In other news, Cardiff have made a bid of £8 million for Spurs' Steven Caulker, Bendtner is on the radar of Malaga, Hamburg and FC Twente, Joey Barton hopes to return to his boyhood club of Everton and is willing to take a 50% pay cut to do so, Fulham have made a second offer for Darren Bent of around £4 million, and Newcastle have turned their attentions away from Gomis and to Loic Remy, after Lyon were asking for £9 million for the striker.

popular
The long-awaited MetroLink is finally happening, for real this time, honest
Netflix has just added 33 very big movies to its library
The full list of cancelled flights in and out of Dublin Airport on Monday (so far)
Waterford man sentenced to three months imprisonment for operating "cruel and illegal" puppy farm
Irish man rescued after he went missing for three nights in New York swamp
QUIZ: Can you guess the crisps from the pixelated packet?
QUIZ: It's time for one of our trickiest General Knowledge Quizzes yet
You may also like
1 month ago
Merseyside police defend ‘exemplary’ Liverpool fans tear gassed by French police
7 months ago
Police issue warning over CCTV footage of Liverpool bomb explosion
7 months ago
Liverpool bomb declared a terrorist attack as police confirm fourth arrest
7 months ago
Liverpool bomb: Taxi driver "locked bomber inside car" after spotting explosives (Report)
1 year ago
Gini Wijnaldum shares his favourite gym exercises for building abs of steel
1 year ago
Armed police close gym near Liverpool after owner refused to shut doors
Next Page