Coasting to the title in Italy, Juventus might be looking to add a European trophy to their haul this year, and with a strong squad they have a serious chance, although Fiorentina stand in their way in the Europa League this evening.

One of the best known and best loved players in that squad is Andrea Pirlo, but he's not just in there for his looks, his love of wine or his amazing beard, he's in there because he can play ball damnit, and after a 1-1 draw in the first leg, Pirlo stepped up to give his side the lead with an absolute peach of a free kick.

That's his fifth goal directly from a free kick this season, meaning he is still one of the most lethal from a dead ball situation in the game. Andrea you beautiful b**tard. 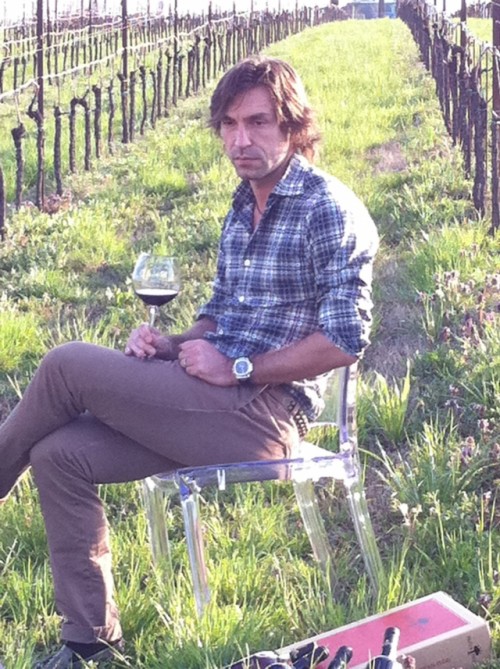 The Big Reviewski || JOE · TBR Spotlight: Loki - Episode Two - 'The Variant'
popular
The Queen appealing for volunteers to weed the garden of her Sandringham Estate
Man in his 60s killed following assault at home
400,000 people waiting on second AstraZeneca not permitted to travel abroad under "vaccine bonus"
Gardaí will use "discretion" over outdoor drinking at pubs and restaurants
QUIZ: Can you get full marks in this potentially very frustrating general knowledge quiz?
Gardaí have said people can't drink alcohol in newly set up outdoor seating in front of bars
Aer Lingus introduce new fee to bring carry-on bags onboard flights
You may also like
1 month ago
WATCH: The incredible lengths this Irish dad is going to for his "miracle" daughter
1 year ago
WATCH: Would you give in to the toughest GAA fan temptation?
1 year ago
WATCH: TV Presenter Mairead Ronan tries to guess the mystery car
2 years ago
WATCH: Mick Wallace's campaign video is unnervingly intense
2 years ago
WATCH: Stunning drone footage of Connemara following recent snowfall
2 years ago
WATCH: Mum in Westmeath gets very emotional when her son in Australia makes surprise Christmas visit
Next Page